The Best Motorcycle Jeans for Style and Protection 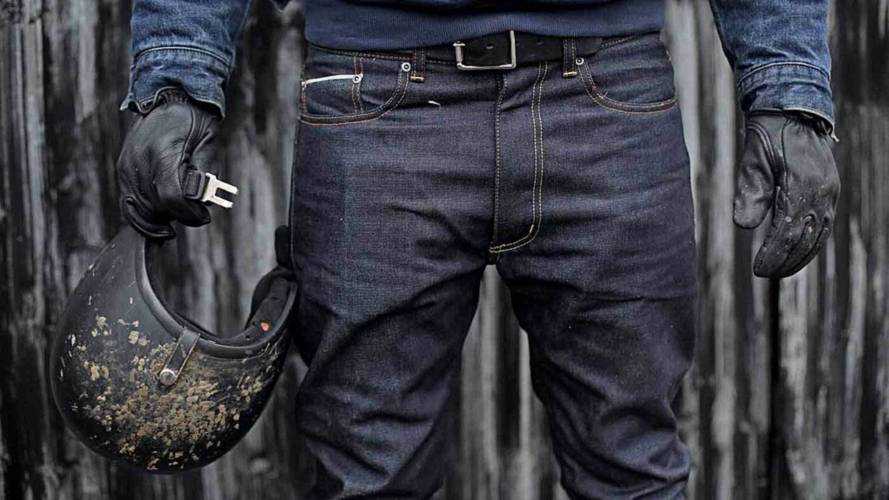 Finding riding jeans that are safe, comfortable, stylish, and affordable is a pretty tough task. We review four pairs of jeans that fit those criteria.

Need to be safe but you want to look good at the same time? Here are some riding jeans that fit the bill

Want to look good on the bike and off it and keep your legs protected at the same time? Look no further. We’ve long-term tested four of the best protective riding jeans out now, and here’s what we think.

CHECK OUT: A Beginner's Guide to Motorcycle Gear

Rokkertech Slims are a little pricey, but you definitely get what you pay for.

Of all the protective jeans here, the Rokkertech Slim feel the most substantial. They have a heavier, more traditional feel to the material that you might normally get with jeans lined with a protective layer. The jeans are constructed from a single layer of ultra-high-molecular-weight polyethene (UMPHWE)—Dyneema, to me and you—which Rokker says is 15 times the strength of steel. That might make it sound like they’ll feel as if you’ve donned a pair of plastic pants, but rest assured, these are very soft and comfy.

The Rokkertech pants appear to have great abrasion resistance, though interestingly Rokker doesn’t mention how much sliding time they can endure and they don’t seem to have CE-approval. That said, they come with pockets for armor in the knee and hip area (I used regular D30, which fitted nicely) so you can fit CE-approved armor to them. In terms of fit, though they’re classed as ‘slim’, I’d say they’re somewhere between a US and European slim. They still have enough space for those with slightly chunkier calves, but they look tailored enough to wear as regular jeans. They also do leg sizes (up to 36-inch) for long legged folks.

Criticisms? The armor in the knees is non adjustable for placement, and I found that it sits a little high when my legs are bent. Also, I don’t like a button fly, but that’s purely subjective. Overall, these are a good-looking jean with great protection on offer. They fit really nicely, but they are a little on the pricey side.

Out of the box, what strikes you is just how awesome-looking these made-in-Australia jeans are. They ooze appeal, and in this ‘Dark Indigo’ color they’d work equally well as jeans for just walking around, even if you’re not on a motorcycle. They’re more than just looks though. The Stretch Denim jeans are made from Saint’s Unbreakable 4.0 material, a single layer weave of Dyneema, cotton, polyamide, and elastane. Saint says this endows the jeans with great abrasion resistance, and they can withstand a slide time of 4.10 seconds should you go down at speed. Backing this up is a CE Level 1 rating for the material.

The only negative is no provision for armor in either the knees or the hips. That might be OK around town, but I prefer to have the impact protection in any situation. Having said this, you’d struggle to get armor inside these jeans anyway. They definitely err on the ‘skinny’ side of jeans, and I only just managed to get my legs into them. Not only are they tight against your skin, but the lining has a strange, almost ‘cold’ feel to them it. Also, there’s not quite enough stretch in them, despite the name. On the bike with my knees bent they were quite tight around the back, which made them a little uncomfortable for longer—ahem—stretches.

Annoyingly, though you do get longer leg lengths (up to 36-inch inside leg), you can only get the longer size if you’ve got a 36-inch waist or above. Like the Rokkertech Slim jeans, these are also a bit on the pricey side, but they do feel pretty special after all, even if they’re not perfect.

How much blacker could these jeans get? None more black.

Like the Saint Stretch Denim jeans, Lithuania-based Pando Moto uses a Dyneema mix (55 percent) in their jeans. They’re CE rated for 6.5 seconds of sliding time which is pretty impressive given the single layer construction. You also get Knox armor included for the knees, and there are pockets to add armor into the hips if you want it. Unlike the Rokker jeans, Pando Moto’s Steel Black jeans have two slots for the knees so you can better tailor their position to your leg proportions.

The Pando Moto jeans are very good looking, if you like your jeans black, that is. They’ve got neat reflective details on the cuffs which are only revealed when you turn them up. They also feature a metal loop on the waist to attach keys to, which is pretty cool if you do that sort of thing. Personally, I keep keys in my pocket, but that’s just my preference. I’m not overly keen on some of the other details too such as the stitch line around the quads, which just seems a bit too ‘stylised’ for my liking. I prefer my riding jeans to look more traditional. It’s a small complaint, however, especially as they fit so well.

Sure, they’re maybe a touch too slim for bigger folks, but nowhere near as slim as the Saint jeans and the material feels seriously soft and they’re as light as regular jeans. They’d probably make for great riding pants in warmer weather, though perhaps a bit too cool for winter (depending on where you live, of course). Yes, the asking price is seriously high, but you do seem to get what you pay for here. That is - world-class protection, great fit and feel, and good looks. As long as you like black.

The Lombard 2 jeans are a great mix of style, protection, and affordability.

REV’IT’s Lombard 2 jeans aren’t their top-of-the-line riding pants (that accolade goes to the Rockerfeller jeans), but at the time of reviewing there weren’t any available and the Lombard 2 pants still offer plenty of protection. They're also arguably more stylish than the Rockerfellers, at least on paper.

As far as protection goes, they’re very different to the other jeans here in that they have a more traditional double layer construction. The outer layer is a Cordura mix for the first line of defense, and the inner consisting of a PWR shield at the seat area and around the knees for added abrasion resistance in key areas. They’re not CE-rated, but they do come with REV’IT’s in-house SEESMART CE Level 1 rated armor in the knee area. I’m not sure how they’ve achieved it, but the armor is wafer-thin and ultra-light at the knee. So much so that they don’t feel like they’d stand up to a gust of wind, but it’s official, so I’ll go with what the experts say.

Of course, this makes the Lombard 2 jeans really comfy because there’s no bulk around the knees, and overall they’re just really great to wear. The fit is slim, but not overly so, and they don’t feel bulky like you might expect of double layer jeans. In fact, I’d probably say these are the comfiest jeans here, on or off the bike. They also look great, whether you get them in dark blue or dark grey, and come with the added security of reflective piping on the cuffs when turned up.

REV’IT offers the Lombard 2 jeans in a wide range of sizes, including the all-important lanky 36-inch leg length. At $230 they’re not exactly cheap, but much less expensive than the other jeans here. If REV’IT would just prove they have a decent slide rating, it’d be an easy recommendation.