We Learn A Little More About the KTM 790 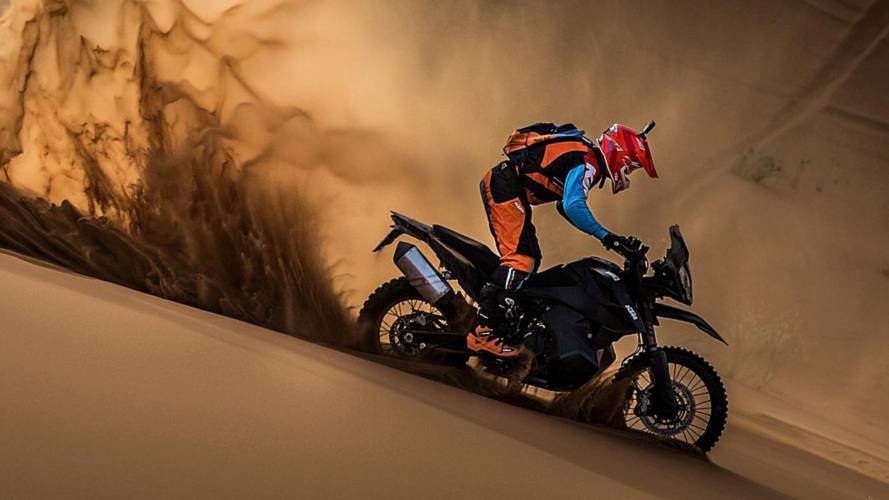 KTM told us a little more about the 790 Adventure R, just enough to tease us until the model's launch. In the meantime, rallies are putting it to the test.

A little, but not a whole lot, since KTM plans on teasing us to the end about its new adventure motorcycle

This isn’t a surprise as much as an evidence; 790 Adventure R, we have been expecting you. From the prototype introduced by KTM at EICMA in 2017 to the testing mule spied in Europe at the beginning of the year, we knew it was coming. Apparently KTM wasn’t exactly done with all the teasing; on the contrary, the anticipation is building up and KTM is loving it.

The company teased us a little more by entering a pre-production version of their new adventure bike at the 2018 European Rider Rally back in May, a three-day trek that took the riders off the roads of Olbia, in Sardinia.

You would think at this point that production should be about ripe for an official announcement, but you’d be wrong. Next stop for the new 790 Adventure R is the Merzouga Rally in Morrocco, where the top two qualifiers in each KTM Adventure Rally will get a chance to tackle the sandy challenge on the 790.

OUT IN THE WILD: KTM 790 Adventure R Spotted Testing

We could expect the model to roll out in the dealers next year. Despite keeping most information regarding their new adventure venture close to the vest, KTM was kind enough to release bits of information regarding the newcomer. For example, its new 799cc parallel twin engine that's expected to offer a range nearing 250 miles on one tank. Without any big surprise, this R also receives an adjustable suspension.

ANOTHER KTM IN THE WORKS: Meet the Projekt DT-A: The AWD KTM 990 ADV Concept

If you want a chance to compete in the Merzouga Rally all expenses paid, along with a chance to ride the all-new KTM 790 Adventure R before everyone else, there is one last KTM Adventure Rally on the calendar scheduled for September 2018 in Canada. Or you can do like the rest of us and hope to sneak a peek at the production model in Milan.