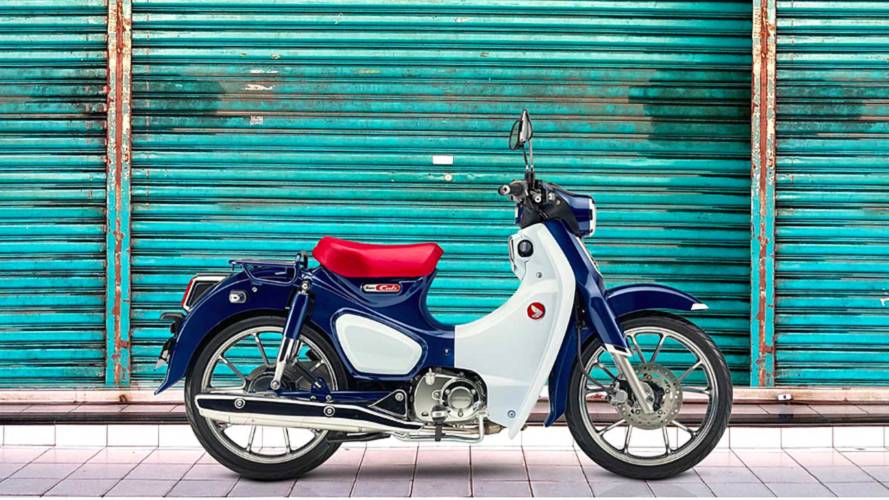 We knew it was making a comeback and that it is coming to the US, and now we know a little more. Honda shares the specs of the all-new 2019 Super Cub 125.

We knew it was coming to America and now we learn what it will get us; here's a look at the returning Super Cub 125

A few months ago, Honda celebrated the Cub’s massive milestone of 100 million units produced since its introduction the 50s. For the occasion, the tiny bike lineup received a well-deserved congratulatory upgrade, but those were only 50 or 110cc. Now Honda has something even more exciting in store.

Early in June, Honda announced that it would revive two models from its past: the Monkey and a more spirited version of its redesigned Cub, the Super Cub 125. Back then, the most exciting thing about this revival was that the two tiny motorcycles were coming to America. Even better now? The Super Cub is almost here and we finally have all the deets!

The design has remained true to what people have come to expect from the Cub, a hybrid that looks like both a scooter and a motorcycle. It features what Honda calls the step-through chassis—your feet are still on the side of the vehicle, rather than in front of you like a scooter, but the frame is lower in front of the seat so that jumping in the saddle is easier than having to do the swivel technique with your leg thrown over the seat. The 125 version of the model sports a classic navy, white, and red color scheme fitted with 17-inch wheels.

MONKEY SEE, MONKEY DO: Honda Revamps The Monkey for 2018

The engine is a 124.9cc air-cooled, single-cylinder block with keyless ignition. The four-speed semi-automatic transmission is teamed with an automatic centrifugal clutch. The shifter is at the foot like on a standard motorcycle, minus the clutch lever. Honda also throws ABS into the mix.

The latest update stated that the Super Cub 125 is going to be available starting in January, but to fuel the passions, the model is already listed on Honda’s website. Few manufacturers out there have the bragging rights Honda does as the maker of the most popular motorcycle in the world.