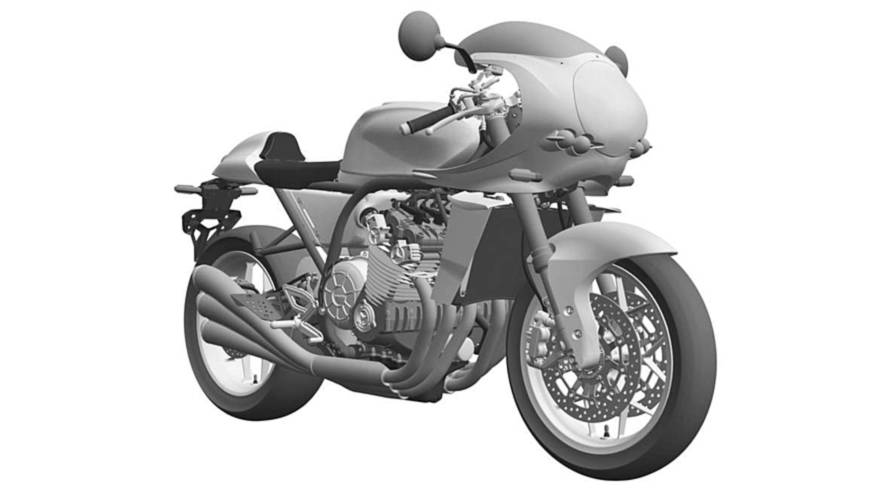 A design patent filed by Honda earlier this year suggest it might be working on the revival of one of its iconic models: the inline six-cylinder CBX.

True or not; there might be a new inline six coming to the Honda lineup and we're all over it

The rumor mill never stops rolling and it's always exciting to see what people think OEMs have in the works. This rumor has history written all over it and we're kind of hoping it has some truth to it. A recently patented design by Honda suggests that the maker is working on a revival of the iconic CBX and that like its ancestor, this new generation will also rock an inline six-cylinder engine.

In 1978, the Honda CBX became the first production Honda equipped with an inline six-cylinder engine. For the four years it graced the market, critics unanimously praised the model, using such strong words as "magic" and "precious" to describe it. The engine itself was considered a masterpiece with its six pipes, 24 valves, minus all the bulkiness you would expect from such a large powerplant. And it was barely wider than the 750's inline four. The bike also featured aluminum and magnesium components. Bottom line, the Honda CBX was one of the most exciting models of its time.

It produced a claimed 103 horsepower, an impressive figure at a time when 400cc was still considered big, and its top speed was rated at 140 miles per hour; a monster even by today's standards.

Honda had built the model after lulling itself into a conservative comfort zone, so the fun didn't last and by 1981, the CBX was detuned and tamed. The manufacturer tried rebranding it as a sport-tourer but with Kawasaki and Yamaha catching up on performance with smaller—therefore lighter—engines, it wasn't long before the CBX reached the end of its path in 1982.

We know the retro fad is getting a little old, but it's hard not to find this model super sexy.

Nowadays, inline sixes have fallen out of grace with only a few modern bikes still sporting the beast of an engine, including the Honda Goldwing and BMW K1600. With today's technology, smaller engines do more with less.

With such a history attached to the "CBX" nomenclature, Honda would have a lot of pressure reviving a bike that will live up to its predecessor. The patented design looks wickedly cool with a retro race fairing and super trendy cafe racer look. The intricate design also suggests that the returning CBX would stay true to its legacy with a six-cylinder block and six exhaust pipes to match.

VINTAGE REALLY IS ALL THE RAVE: Relive History with AGV's Legends Collection

At the time, sadly, we're only at the stage of speculations and the maker itself hasn't revealed anything to support or contradict the theory. That also means that we're allowed to dream a little and hope maybe an upcoming show will give the rumor a spec of truth.