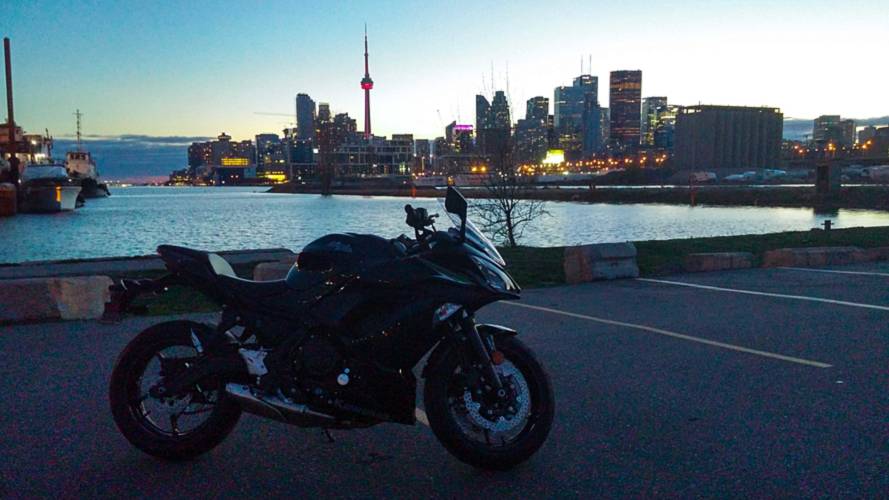 Ontario's capital city is finally encouraging people to get on motorcycles, which will hopefully set an example

Let's state the obvious: riding is a treat. It's not only an enjoyable hobby but, as many European and some American cities have come to understand, it can also be extremely useful. Motorcycles and scooters produce fewer emissions and take up less space on the road and in parking lots. Fun and convenient? That's as win-win a situation as it gets. That's why certain American states have made lane splitting and lane filtering legal, improving the flow of traffic.

Think about it, when motorcycles can navigate between cars and get out of the way faster at stop lights, it's that many fewer vehicles lined up at intersections and in traffic. Despite certain decisions to favorable to riders to help improve urban circulation, calling cities "motorcycle-friendly" remains a bit of stretch. One Canadian city could be about to change that.

European cities are probably the closest thing to a motorcycle paradise on Earth. Lane splitting and filtering is allowed, and bikes can park virtually anywhere, including sidewalks. Regulations regarding motorcycles have been more severe and sometimes even hostile in North America, especially in Canada where none of the provinces allow any form of lane sharing of any kind.

The city of Toronto, in Ontario, could open the door and pave the way to making cities more bike friendly. On June 26th, 2018, Toronto City Council gave the green light to an investigation on road usage and city parking for motorcycles, complete with recommendations on how to encourage the use of motorcycles and increase their safety.

Some of the actions being considered include an increase in the number of bike-dedicated parking spots as well as the legalization of lane filtering. Lane filtering means motorcycles would be allowed to knit through cars at stop lights and get first in line—unless the car next to you is a Dodge Challenger Demon, chances are you will take off faster than everyone else. This maneuver also equates to improved safety for riders as they are making themselves a lot more visible.

The motion also recommends that motorcycles be allowed to use certain reserved lanes. No specific timeline for the investigation has been reported, but this is the first step towards better conditions for motorcyclists and, hopefully, a dent in the volume of traffic. Toronto is home to the most congested highway in Canada—the 401. The city can definitely use some help.