6 of the World's Awesomest Stunt Riders 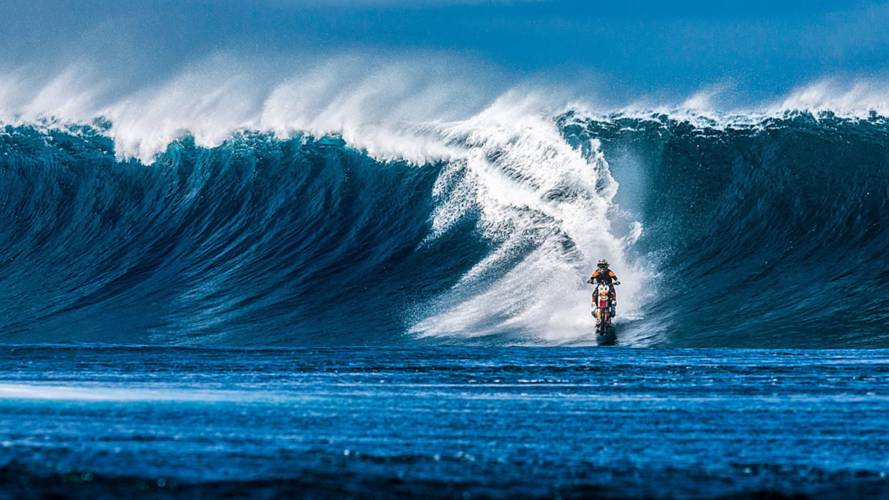 While some don't even dare to try and do a wheelie, these guys have mastered the stunt and all its variations. Here are 6 of the awesomest stunt riders.

Wheelies, stoppies, and jumps have no secret for these guys

I'm frankly not one to try anything crazy on a bike, I can't pop a wheelie, and vanilla definitely applies to my personality on two wheels. Thankfully, for our entertainment, some have more chocolate and even cayenne pepper-flavored riding styles and don't shy away from a jump or ten. With Travis Pastrana setting new world records with his series of Evel Knievel-inspired jumps, I thought I would introduce you to some of the awesomest daredevils and stunt performers from around the world.

This is a great place to start. You know Travis from his bike stunt that got America holding its breath on July 8th, 2018 with his three record-setting jumps, but the guy is a well-rounded stuntman. From bikes to cars to quads—there's nothing he doesn't ride. He has won X Games and motocross championship titles, has jumped out of a plane without a parachute to be caught by another jumper and landing in tandem, is on the Subaru rally team, has set a record for fastest ascent of Mount Washington, and more.  He also made history by landing the first double backflips ever. I think he can also knit or something.

Initially a blacksmith by trade, Mike Jensen decided to forge a career in stunt riding after watching YouTube videos of Swedish rider Andreas as a kid. Jensen kickstarted his career in 2010 at age 17 performing creative tricks on two wheels, most of which he learned on his own. One of the youngest riders in the discipline, he has since earned his crown by winning a number of European events such as the Irish Freestyle Stunt Series and Motor Bike Expo in Verona, Italy, as well as a title in the XDL Championship. He makes it look seriously easily.

This rider from down under is a living legend on two wheels. Like Pastrana, he's won a gold medal in the X Games after completing 13 backflips. He set a number of world-record jumps, including Evel Knievel's Caesar's Palace fountain jump in 2007, and even jumped on Paris' Arche de Triomphe. Call him 007-2.0, as he served as Daniel Craig's stunt double in the impressive rooftop chase scene in Skyfall. In addition to all that, why not top it all off with some surfing?

EVERYTHING YOU DO, I CAN DO BETTER: Meet Akhitha M D, India's Raddest Woman Stunt Rider

Don't be fooled by his long locks and baby face, Aaron Colton is a legit stunt rider. He stepped on the scene at age 14 and became the youngest XDL National Stunt Riding champion at 15. I guess the term prodigy isn't an overstatement in his case. He has also mastered the hands-free wheelie. Remember I can't even lift the front wheel off the ground.

Like Pastrana, Deegan is a multi-faceted stuntman with more than one talent on his resume. He became the first rider to do ever perform a 360 during a competition and has stepped on the podium 10 times during the X Games, making him the most decorated competitor of the event. He tried his hand at off-road and truck racing and has also been shining on the rallycross scene.

That name might not ring a bell, but it probably will soon enough. The 28-year-old rider from Lithuania is gaining global notoriety. He jumped on a Yamaha R6 at age 16 and started performing stunts and competing. He has since won a number of international competitions and has been endorsed by Redbull as one of their extreme athletes. What do you get when you mix wheelies and flares? You get this.

Did we miss anyone? If you have a favorite stunt rider that we left out, let us know in the comments.