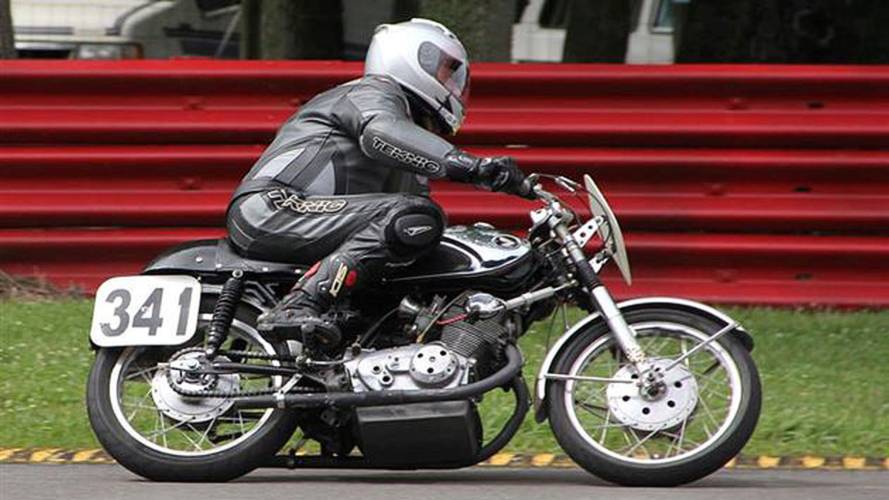 Vintage racer Mike Wells left the track during turn one, but witnesses say he was already in distress before crashing

As riders, we accept a level of risk associated with riding. That risk is exacerbated as soon as we hit the track and push our vehicles to the limit. Sometimes, however, the body gives up before the vehicle does. On July 7, 2018, Mike Wells from Boynton Beach, Florida—a competitor in the 350cc Grand Prix WERA  Vintage race—passed away at the helm of his classic Honda while racing at Mid Ohio Sports Car Course during Vintage Motorcycle Days.

Wells had been a long-time competitor with WERA Roadracing and a lifetime member of the AMA. During the July 7 event at Mid-Ohio, a witness noticed that Wells was off course. The racer was not on the racing line and went off track in turn one.

He crashed  his motorcycle in the grass, however, it was noticed that prior to the incident, Wells was slouched over his #341 1967 Honda CB77 305cc. He received immediate trackside medical attention before being transported to the hospital by ambulance. He sadly passed away. As confirmed by Mid-Ohio Marketing and Communications Director Steve Bidlack, the crash itself isn't believed to be the cause of death. According to the witness' account, Wells seemed in distress prior to crashing. No official cause of death has been released yet.

CHECK OUT: Top 5 Reasons Why We Crash and How to Stop Doing It

It's been a rough week for the motorcycle racing community. Dunlop family scion William Dunlop was killed on July 7, 2018, while practicing for the Skerries 100. We all know that crashing is a distinct possibility every time we throw a leg over a bike, but it's still pretty sobering when we lose one of our peers. As for Wells, while his death is undoubtedly tragic he died doing something he loved. Would that we were all so lucky.