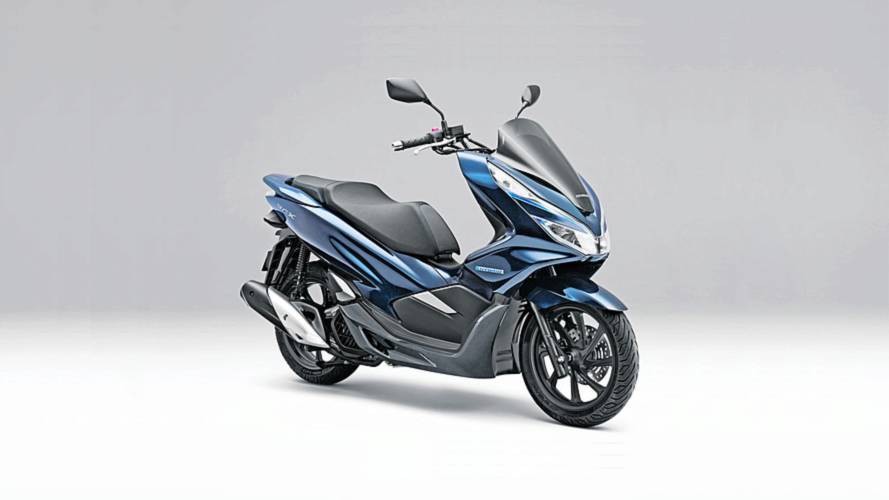 Honda is making a serious attempt at making us buy into the hybrid scooter fad with the launch of the PCX 125 Hybrid. In Japan. For Now.

The market for hybrid motorcycles and scooters has been a challenging one. Despite some attempts by manufacturers to give us the option to opt for greener alternatives, hybrids missed the hype boat. This hasn't stopped Honda from making a serious attempt at getting us to swallow the green pill though, and the company is so confident that it will go down easy that it is sending its pill to production in September.

On September 14, 2018, Honda will begin selling the PCX 125 Hybrid in Japan, making the PCX the first mass-produced hybrid scooter on the market. The prototype was shown during a press conference in Tokyo in October 2017. The production version is identical, based on the already well-known PCX150 scooter.

A LOOK AT THE GASOLINE OPTION: Scooting in on the Updated 2019 Honda PCX150

The model will feature a 125cc, single-cylinder engine teamed up with a 48 V Lithium-ion battery. The electric motor will intervene mainly during take-offs to reduce emissions, running for up to 4 seconds before letting the gas engine take over. The battery charges as you ride about your day. Thanks to the electric motor, accelerations are expected to be more efficient than with a standard PCX. Two "D" and "S" drive modes will also allow the rider to get a bit of extra kick when needed.

The scooter will also receive the Honda Smart Key system which eliminates the need to scavenge through your pockets or your bag to get the engine running. The PCX Hybrid is expected to average 122 mpg—a tiny improvement over the standard 125 model rated at 119 mpg. Compared to the PCX150 sold in the US, we're looking at close to a 20 mpg difference.

There is no timeline or indication to prove that the Honda PCX 125 Hybrid will be coming to America, or even that it will reach outside the Japanese borders. Only 2,000 units will be produced initially and pricing will start at ¥432,000 (roughly US$3,900). If we hear any different, we'll be sure to let you know.