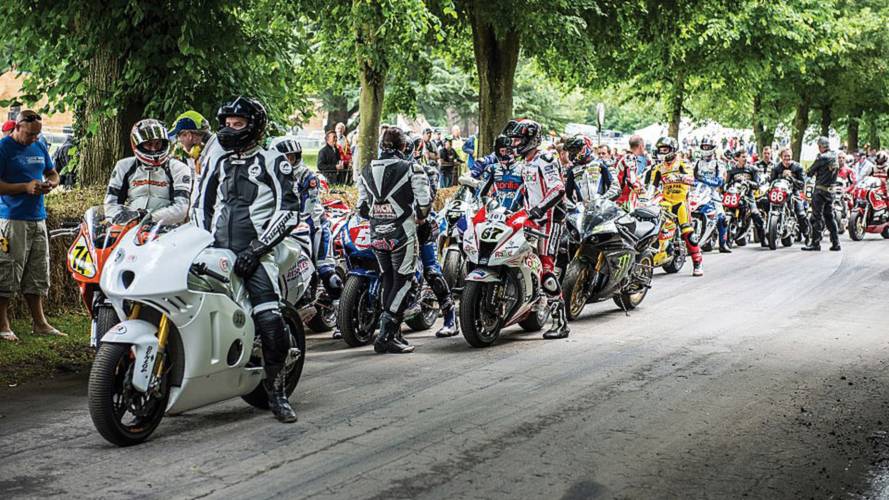 2018 Goodwood's Festival of Speed starts on July 12th and for the event's 25th Anniversary, the lineup of motorcycles on display is more exciting than ever.

British Goodwood estate is host to a plethora of events, including famed Festival of Speed for all things that go fast

The Goodwood Festival of Speed 2018 kickstarts on July 12. This year, the event is celebrating its 25 years of racing of all genres and exciting vehicles and from the looks of it, the 2018 lineup will be no different. As vehicles from all generations roll up the hill and meet in this racing extravaganza, here's a look at the five bikes to watch for during the festival.

Admit it, you think it's sexy too!

There are some changes coming to the Moto2 racing series—MotoGP's little sister. After eight years as the official engine supplier, Honda is stepping down and Brit maker Triumph will be taking its place starting in 2019. The engine is a performance-tuned 756cc three-cylinder block. Teams have already taken their new bikes out on the track, but one of them will take a break from all the testing to show some engine erotica at the Goodwood estate.

COLLECTOR EXTRAORDINAIRE: Jay Leno is the King of Brough Superiors

A silver bullet if I have ever seen one!

Isle of Man Tourist Trophy champion John McGuinness made a surprise move earlier this year by breaking up with Honda and starting a new relationship with the Norton Motorcycle team, you know, that other Brit OEM that we barely hear of. Sadly, because of an injury, McGuinness didn't participate in the 2018 race. For the enthusiasts, if you miss McGuinness and his silver Norton SG7, you might want to check out the lineup at Goodwood.

NEVER ENOUGH CLASSICS: The Best of The Quail Exude Class and Craftsmanship

Speed you say? It hardly gets faster than this.

A legendary race bike to say the least, the MV Agusta 500 has led famed Giacomo "Ago" Agostini to numerous Grand Prix and World Championship victories. The 500 is listed among the best-sounding motorcycles of all times. Ago's very own 500, one of the six replicas built, was up for auction for £210,000 (about US$277,000) back in 2017. Lucky for us, the new owner decided the bike was better off in the spotlight than in locked up in a garage. For the record, Ago himself is scheduled to attend the event!

As limited an edition as it can get.

Had you ever heard of the Britten V1000? Neither had I. This isn't exactly a name that comes up very often in motorcycle-related discussions. No wonder: there are only 10 of these hand-made race motorcycles. Sporting a 999cc V-Twin engine and capable of a top speed of 188 mph, this beast has actually set a few world speed records. The 10 units were built in the 90s by John Britten and friends in New Zealand. Proudly sporting the kiwi-colored livery, one of the 10 V1000 in existence will be in British soil for the FoS event.

Speaking of bikes we've never heard of, this one beats the Britten in exclusivity: only one prototype was ever built. The Tait Triple 750 is a three-cylinder concept built by Bob Tait, now part of famed motorcycle racer Sammy Miller's collection. The model is unique and is part of the collection Miller will be showing off in Goodwood.