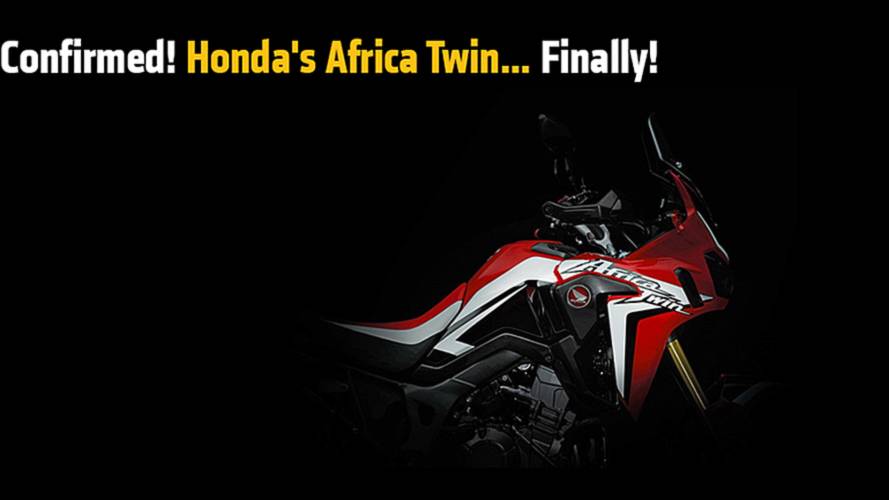 The Africa Twin lives. Honda confirmed today that the True Adventure concept bike it unveiled at EICMA last year is to be put into production, carrying the iconic Africa Twin name. And it's coming much sooner than anyone expected.

The new Honda CRF1000L will be available in European dealerships by autumn of this year. It is expected to reach U.S. dealerships early in 2016. That will be a relief to many ADV fans who have been upset that Honda has so far failed to offer its ADV-styled Crossrunner and Crosstourer bikes Stateside.

MUST READ:  Honda BULLDOG Unveiled - Would You Ride It? | RideApart

The Africa Twin originally gained prominence in the form of the NXR750V, a powerful and sturdy V-twin that led to a number of Paris-Dakar wins in the 1980s. Off the back of this success, the machine became the weapon of choice for hardcore world travellers. The bike was taken out of production in 2003, but it is still common to see old Africa Twins trudging across remote landscapes worldwide.

Earlier this year, Honda released a series of True Adventure videos on YouTube, connecting the Africa Twin's legacy with a mud-covered "concept" bike revealed at EICMA last fall. We put the word "concept" in quotes there because the motorcycle displayed at EICMA had all the markings of a production-ready machine.

The New Africa Twin is markedly different than its predecessors. Firstly, the eponymous twin engine in the Africa Twin is a parallel twin, rather than a V. Additionally, capacity has been boosted to 1,000 cc. And, perhaps to be scoffed at by some globetrotters, the new machine will be available with the option of Honda's Dual Clutch Transmission -- the same "automatic" transmission used in the NC700X and CTX700. Honda says, however that "this latest evolution of DCT has been specifically developed and programmed to provide the off-road ability with which the Africa Twin is synonymous."

MUST READ:  How to Kickstart a Motorcycle | RideApart

Honda's desire for the new Africa Twin to be a legitimate adventure machine is clear from the bike's CRF designation, the same used for Honda's seemingly indestructible dirt bikes. Back in November, when Honda first unveiled the True Adventure concept, Honda boss Shinji Aoyama told the British press: "We are aiming this bike at 50/50 in terms of road and off road."

Honda has so far released very little additional information about the Africa Twin. Price and various specifications remain to be seen. But with the new motorcycle set to arrive at European dealerships within just a few months, we won't have to wait too much longer.