5 Motorcycles You Wish You Had In The States 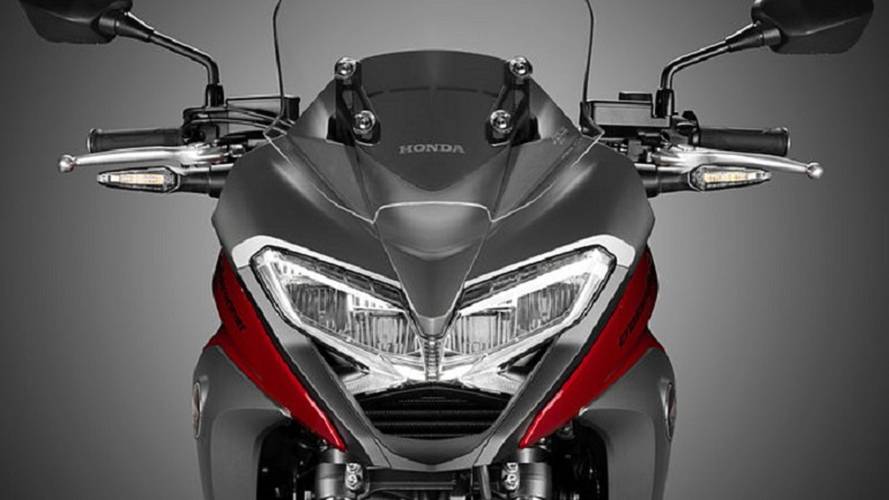 5 Motorcycles You Wish You Had In The StatesLife has its ups and downs out here in Not America (I've lived in the United Kingdom for the past nine...

Life has its ups and downs out here in Not America (I've lived in the United Kingdom for the past nine years).

One of the downsides, for instance, is no one over here knows how to grill a steak. Looking for positives, however, I often feel that motorcyclists on this side of the Atlantic are better off. We're allowed to lane split, our insurance is lower, we're often allocated free parking, and we rarely have to pay tolls. Plus, we have a number of great bikes that simply aren't available in the Land of the Free.

"Great" is in the eye of the beholder, of course, and I'm sure some will disagree. But here are five bikes I'd personally be wishing for if I were back living in the United States:

Yeah, I know. Harley... mumble... old... mumble... heavy... mumble... slow. See the above caveat about the definition of "great." The Roadster used to be available in the United States in 1200 format, but the version that exists today is generally better.

The XL883R is unique in Harley's lineup in that it isn't a cruiser. Effectively it's a standard. Along with standard ergonomics, it has just a little more ground clearance than other Sportsters, a little more lean angle, too. Dual front discs mean the bike can actually stop, and ABS comes... well, standard. As do a tachometer, gear indicator and keyless start. In other words, it's a modern standard motorcycle of the sort that should be more readily available to new and returning riders. And when you get bored of it, a Stage 1 kit will allow you to convert it to 1,200 cc.

One gets the sense that Honda has taken a cynical view of American riders, offering a fleet of cruisers but not nearly enough of the sort of machines that really highlight what makes Honda so good. The Honda Crossrunner is a fantastic example of this. The ADV-styled machine slots into the evolving adventure-sport category of bikes like the Yamaha FJ-09 (aka MT-09 Tracer) and forthcoming BMW S1000XR. The Crossrunner offers the hooning engine of a VFR800F (aka Interceptor) with ergonomics that don't make your knees sad.

This bike should be available to Americans, as well as its 1,200-cc big brother, the Honda Crosstourer (aka VFR1200X) . Although, with the news of the new Africa Twin, it will be interesting to see whether they have a place in Honda's line up for much longer.

Speaking of adventure-sport motorcycles, Triumph could perhaps claim to be an innovator in the field because the Tiger Sport has been around for a number of years. Unquestionably ugly, the 1,050-cc triple bridges the gap between Tiger Explorer and Speed Triple. Perhaps comparable to a Kawasaki Versys 1000 in horsepower and torque, the Triumph weighs a little less but offers fewer fancy amenities. No traction control, for example. Still, it's the sort of do-everything machine that is too often overlooked in motorcycling circles, the kind of machine that could help encourage riders to see bikes as more than just weekend hobbies.

Wait. The United States has the Judge, right? No, not anymore. It was introduced in 2013 and was at the time unique amongst big V-twins in its standard riding position. But Victory has classically displayed the temerity of a wet kitten when it comes to pushing the boundaries, so when the market didn't go loopy for the bike, Victory ruined the Judge for 2014 by changing the riding position to make it indistinguishable from other Victory cruisers. A year later, the Judge was quietly dropped from Victory's line up.

Or, well, the U.S. line up. In Europe, the Judge has drawn greater praise, in part because the standard seating position has been preserved. ABS has been added as well, which is a feature not available on any of Victory's U.S. cruisers (though it is available on their baggers and tourers). I feel there's a certain irony in a brand that prides itself on being American delivering a better product to European consumers than it does its own domestic market.

You've probably heard of the XJR1300 Racer, a custom-influenced restyling of Yamaha's 20-year-old XJR1300 platform. Inspired by Deus ex Machina's Eau Rouge build http://deuscustoms.com/bikes/model/eau-rouge/ , the XJR1300 Racer features cafe racer-esque fairing and clip on bars. There's something charmingly piecemeal about the aesthetics of the bike, but the thing to love about it is its roaring air-cooled inline-4 engine.

European regulations will soon make the XJR1300 obsolete, however. So, if Yamaha still has a few of these sitting around, perhaps there's hope they'll ship them Stateside.