The Spirit of the Open Road - BMW Motorrad Concept 101 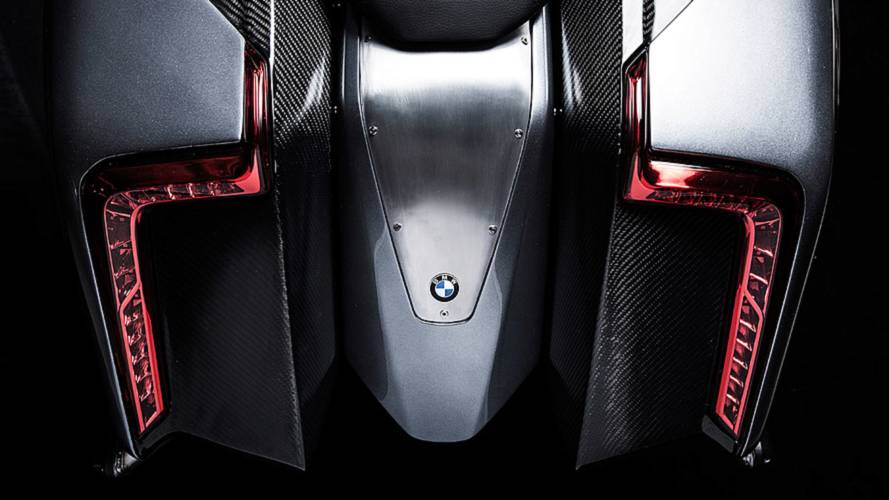 BMW and Roland Sands Design team up for the Concept 101 Spirit of the Road.

I don't know about you, but when I see the number 101 I think of basic courses: English 101, Psych 101 etc. In the case of the BMW Motorrad Concept, it's anything but 101 level credit.

BMW has once again had Roland Sands work on a concept bike. He had already done the yeoman's design work on the BMW R nineT, but this new bike is quite a different direction.

"Every year, the most impressive representatives of the mobile past and future on both two and four wheels assemble at the Concorso d’Eleganza Villa d’Este for a very special get-together on the shores of Lake Como. Amid this extraordinary blend of the traditional and the contemporary, we are proud to once again be apart of BMW Motorrad as they present this breathtaking concept study: the BMW Motorrad 'Concept 101.'" (Source Roland Sands Design)

So what do you get when you take a K1600 six cylinder motor and give it a cruiser treatment? You end up with the "Concept 101."

BMW has not made a cruiser since the now defunct R1200C, and for good reason. They made what most would agree is the ugliest motorcycle ever, and that was reflected in poor sales and the bike's languishing in dealer show rooms.

That's not to say the dealers didn't want a cruiser to be able to nibble at that piece of the sales pie. With the Concept 101 they delve back into that cruiser ethos, but in an entirely different way. Looking a bit like a hybrid cross between a Victory Vision and a Hayabusa, that six cylinder power plant is more Honda GoldWing than Harley Davidson. It also means you have a cruiser that sports 160hp and 129 lb-ft of torque. If it handles even a bit well, that's some serious machinery.

"Inspired by the never-ending highways, the feeling of freedom and sheer independence, the BMW Motorrad design team came up with a completely new approach to touring motorcycles with their Concept 101: elegant, exclusive, extroverted and pure cruising power. While chasing the spirit of the open road, a powerful, emotional and highly exclusive six-cylinder bike was born that turns every ride into a unique driving experience." (Source: Roland Sands Design)

“The Concept 101 opens up a new chapter in the history of our concept bikes. It is the BMW Motorrad interpretation of endless highways and the dream of freedom and independence – the perfect embodiment of ‘American touring’. Designing this big touring bike study was amazingly exciting for us because we haven’t been involved with a motorcycle concept like this before. To me, the Concept 101 is the epitome of elegance, power and luxury on two wheels,” says Edgar Heinrich, Head of BMW Motorrad Design.

We don't have much more detail on the build beyond what we have already shared. All of the custom parts were hand made by RSD and bear their logo. The wood is finished with an oil rub and the leather is hand tooled and fitted. The parts are truly elegant in their design and the bike looks ready for production.

As with all concepts, some things have to change to allow for assembly line manufacturing and mass production. If you look at the R nineT it could stay pretty true to this if the buying public wanted it.

Would you want to ride it? Buy it? Or heck no I wouldn't even park next to it?