Group Ride Advice - How To Be a Good Ride Leader 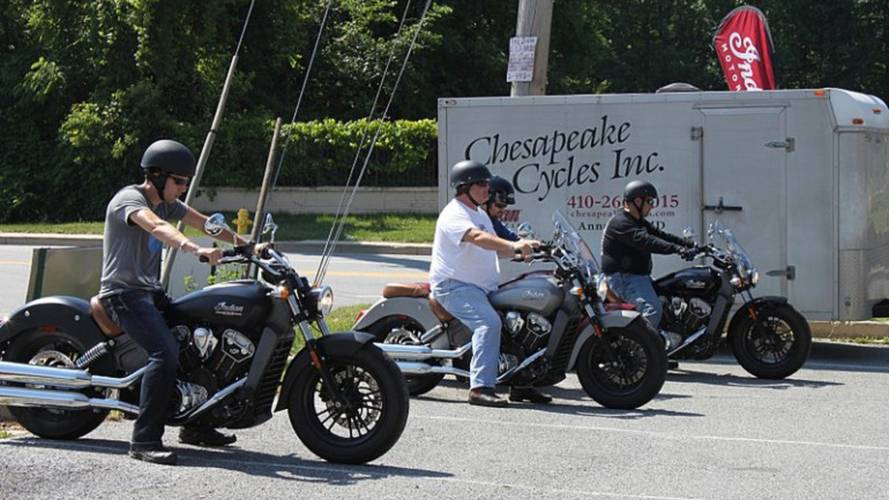 Some tips on being a good group ride leader.

With an article talking about "Why I Don’t Group Ride" and also discussing "Top 4 Tips on How to Group Ride the Right Way" the conversation felt incomplete. It was like a hanging chad in a Florida election or a John Madden explanation—something wasn't quite right. That feeling wouldn't go away and it stayed in the back of my subconscious, festering until I could figure out what "it" was.A few days ago, I was riding in a small group of motorcycles who were all heading in the same direction by mere coincidence. I found myself thinking about group rides again. That's when it It hit me—the final piece—and that "it" in the back of my mind was to answer the question of "How to be a Good Ride Leader." Several comments from readers in the other articles all eluded to a positive experience group riding. Almost every one of them was because the ride leader did their job well.

What is that job?

The concept is really very simple: A ride leader's primary goal is to make sure everyone makes it to the end as a group. Simple right? On paper it's the easiest thing in the world. In practice, however, it's nerve fraying, ulcer inducing, and stressful.

People in groups are impossible to control. Everyone has an opinion, many people are not good at following directions, and some people simply can't follow directions even when they try. Put them all on motorcycles and you have the recipe for a "Three Stooges" skit.

The other end of the spectrum are the "Experts." These are the guys who have been riding their whole lives and on the "that's not how I would do it" brigade.Being timid isn't a good attribute for someone trying to lead a ride.

Who makes a good ride leader?

First and foremost, anyone who leads a group ride must be a competent, safe, and contentious rider. They need a strong personality to be able to deal with angry, sad, happy, stupid, and rude people while keeping their cool and mediating disputes. Someone who is organized, punctual, and fun definitely helps.

Being competent and safe is so important because you have to ride with one eye on the pack behind you at all times. You need to be able to see hand signals if something goes wrong, to watch for people struggling with the pace, and to keep count on riders so no one disappears and the group is left wondering what happened.

If your leader doesn't have a strong personality, they will quickly lose control over the ride. People will want to change the route, slow down, speed up, stop everywhere, or simply enforce their agenda if you let them. It's human nature to challenge the status-quo, to search out conflict, and to generally be a pain in the derriere.

The last bit is skill and planning. The ride leader needs to know the route. They need to pre-ride it if possible. If not, it should be memorized, mapped out on a hard copy and on a GPS if they have one. You cannot lead a ride if you don't know where to go. You also cannot pay enough attention to the road ahead and the people behind you if you have to focus 100% on figuring out where to go. It's not safe coming to an intersection where the leader is confused, makes multiple moves towards a turn, and then changes their mind at the last second. Remember job one? Exactly. It's hard to make sure everyone makes it safely if you cause the wreck.

The rest of the details are literally in the details: Plan a route for the skill level of the riders and the motorcycles. You don't do a dirt road trip with sport bikes or ride "The Dragon" with folks who just got their license. Watching the weather, checking traffic patterns, look up road closures, check the DMV website for pothole complaints, etc...The list of these things go on and on and on and on... and on. The more you do the better the ride.

Using common sense applies to everyone on the group ride, but it's definitely important for the leader. If things don't feel right, aren't going right, or are unsafe, call the ride off. Fun is only fun until something bad happens. As a ride leader you need to plan as if every other person going has zero common sense. With some of the people I know, this isn't hard to imagine.

That's it really. It's simple stuff but hard to manage sometimes.

Tell us about your great, good, or horrible ride leaders in the comments below. Remember ATGATT - because nothing attracts the opposite sex faster than a sweaty motorcyclist cosplaying as a Power Ranger.