So You Want To Be A Bike Builder 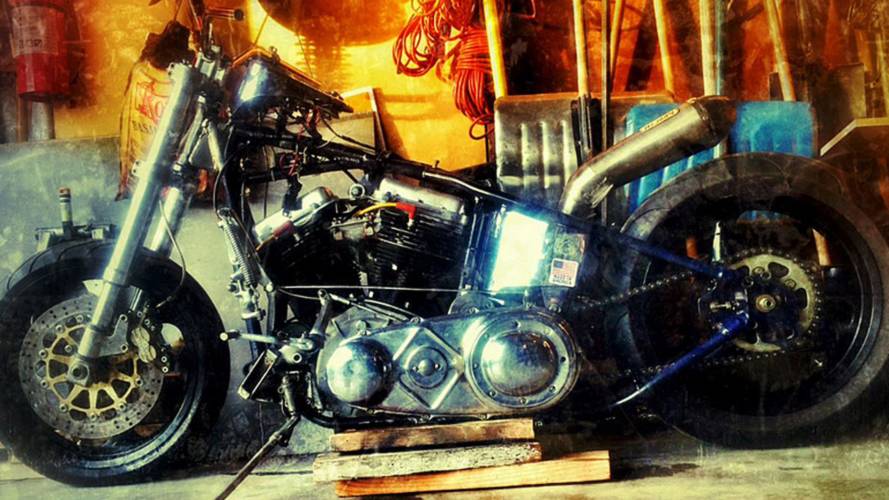 So You Want To Be A Bike BuilderEvery other week it seems, there's another new bike build idea featured in the magazines: a Ducati Monster Dual...

Every other week it seems, there's another new bike build idea featured in the magazines: a Ducati Monster Dual Sport, a Triumph Street Triple Street Tracker, a Moto Guzzi V7 urban-assault-enduro. The list goes on and on, and it's a very cool list. Ever since I was a kid, hammering extended forks on my Stingray bike in a dirty garage, I had dreams of building a bike. Forty years later I'm still dreaming. Guys like Erik Buell (EBR) Roland Sands (RSD), Richard Pollock (Mule) and Michael Czyst (MotoCzysz) to name a few, have been an inspiration for guys like me. I'll never be them.

However, not everyone likes what people do with stock motorcycles. Personally, I think anything that has been turned into a chopper nowadays is a a foolish effort, but that's just me. Twenty years ago, my only motorcycle was a 1971 Shovelhead chopper. Yep. I built it from bolt on parts that I bought at a variety of outlaw biker shops all around Atlanta, Georgia and points north. Not an easy task for a skinny kid with a Pennsylvania tainted, fake southern accent.

I finished it in the living room of a house I shared with two other guys, who didn't think it was strange at all. Then I rode it for years, thousands of miles up and down the Eastern seaboard. I knew every nut, bolt, oil leak and electrical short. Even when I had to push it, I knew why and what it needed.

I'd like to believe that my tastes have refined since then and I try very hard not to be judgmental. Quality does speak for itself though, don't get me wrong. There are just some bikes that simply cannot be improved upon.

Here, we have arguably the most beautiful dirt bike ever crafted. Nothing to improve here.

These days performance and design are about as closely aligned as they've ever been, and the results make my heart ache for the unobtainable. Like a micro-brewery, these one man shops are popping up all over the world—from Perth to Paris—and great things are being built. But now, they have Youtube and Vimeo and BikeExif—dozens of media outlets to showcase their work set to musical score.

I suppose if you had the money you could just buy tools, rent a shop, find something on Craigslist and get to work. But few have the time and resources to just start a new life.

The easy way in is just to flip bikes. There are hundreds of non-running and non-titled and unused bikes out there that just need a new lease on life. I started about six years ago with four hundred and twenty five dollars. That bought me a 1974 Yamaha RD 200. I just cleaned it, changed the filters and fluids, rebuilt the carbs, bought a replacement seat, cables and other bits off eBay and was riding it around the block in a week.

On a whim, I listed it and a guy came down from Aspen the very same day to put fifteen hundred dollars in my hand. He had a little RD of the same color as a kid and just wanted it to look at and tool around town on. He wasn't leaving without it.

I took his money and the search was on again. This time, a 1995 Triumph Thunderbird called my name from a back alley of north Denver and again, within a week and with a battery, a set of rubber carb boots, and a rebuild kit we were off and running. I could have stopped there. It was a wonderful machine.

But I didn't. I more than doubled my money on that one. On my third flip, I found my dream bike for seventeen hundred dollars: A 1983 Moto Guzzi Le Mans III.

Little by little, with each bike I find, fix and flip, I gain a new set of skills. I've swapped complete engines in Triumph Tigers, replaced pistons and rings in Lambretta scooters, and figured out how to fit a metric Ducati front end to a Harley frame. Anyone can just buy parts and bolt them on and call it customized, but when you rescue an abandoned, abused, or neglected machine and bring it back to health, there is a sense of satisfaction that comes in riding it and getting to know it for a few weeks or months. It's also satisfying to see its new owner ride off happy.

I've had emails and calls for weeks and sometimes months later from people, as far away as Perth, thanking me for the bike. One guy left my house in July on a Triumph Trident and called me from his home in Seattle a month later to say thank you, and also telling me he'd just had the trip of a lifetime. That's a good feeling.

There are four bikes in my garage, all paid for by the previous tenants.

So though you may never be a true bike builder, a fixer-flipper is not a bad option, whether as an entry point or just to do the world a favor and keep these machines we love where they belong: on the road.