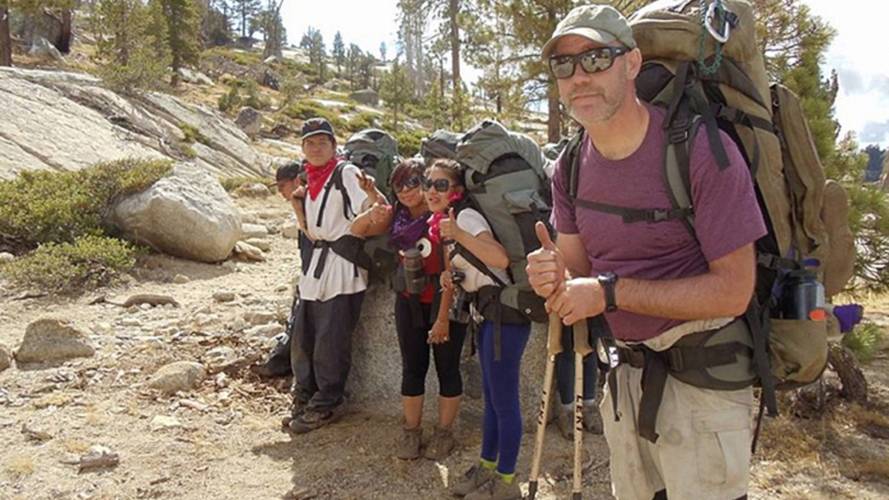 Why you shouldn't be off-road riding alone.

RideApart recently lost a friend - a school teacher, Ed Cavanaugh. Sasha Pave sent us this short story after first learning of Ed's disappearance and told us how riders came together for the search. It was sad news, but there's something to be learned from the experience. Here's Sasha's story:

Ed Cavanaugh, a San Francisco High School Teacher, was riding in an OHV (off highway vehicle) park in the Sierra foothills with his buddy. After a successful day of riding, Ed began riding back to his cabin via off-road trails, which he was probably very familiar with. Then he disappeared.

Friends and family began a search that would would last 18 days. The forest service, local police, even the National Guard stepped up with an experimental drone-assisted search.

But Ed could not be found.

Time was running out. Although Ed was an experienced outdoorsman, wilderness guide and veteran dirt biker, he was also diabetic and just out on a day-ride so he probably packed light.

The call went out to all the usual local motorcycle message boards. Hundreds of volunteers assisted. Many dirt bikers joined the effort.

I never knew Ed, but through the search I became familiar with his incredible work as an inspirational teacher, environmentalist, and all-around good-guy.

What lesson can we learn from this?

Either of these units may have saved Ed, turning a massive search effort into a simple message to a buddy with a pickup truck who would have known his exact location. Or, if he was injured, a SOS call to local authorities.

Earlier this year, a friend of mine Nick went missing in the Sierras close to Mt. Lassen with his two young children while off-roading in his truck. Thankfully, they were found six days later by a search helicopter. Similarly, there was a massive search effort.

If Nick was using a satellite tracker, it would have been a simple message to a friend to come pick them up, knowing exactly where they were.

There are valid arguments against using a satellite tracker. Some people find them intrusive to their privacy, others find them limiting to the sense of freedom and escape.

For me, now a father of two, I’ll gladly sacrafice a bit of freedom for the security of knowing that I have a last-ditch lifeline should things go sideways.