How to Deal With Road Rage - A Motorcyclist's Perspective 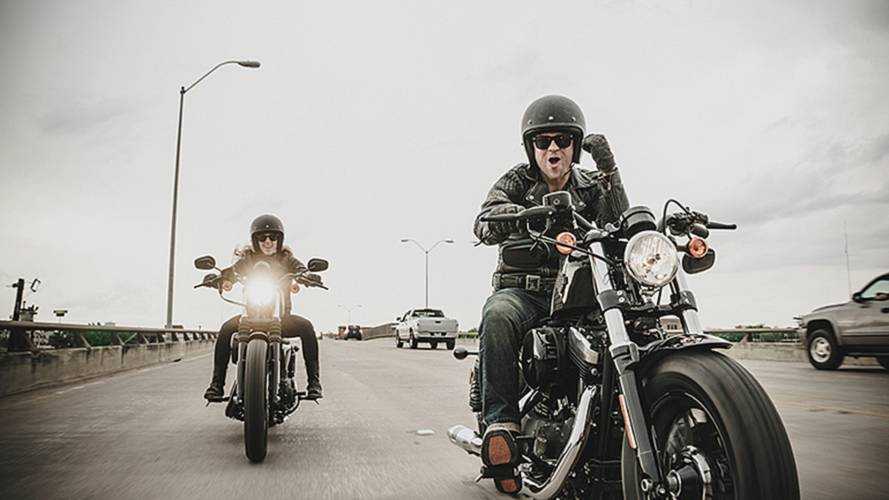 How to Deal with Road Rage, from a motorcyclist's perspective.

Road Rage has resulted in lives lost and prison sentences gained. This past summer has seen a few cases of road rage—from retaliating against a motorcyclist who rants about using your cell phone while driving, to a young woman chasing and killing a Navy Officer. If the road doesn’t send you into a rage, then the online comments on these stories will. But despite everyone's mixed opinions, there is some possibly good to be had from all this bad. So, what can we learn from the mistakes of others?

once told me a story about road rage that has unconsciously altered my response to bad drivers, on more than one occasion.

David is a car guy with no interest in motorcycles—a man who has never even ridden a motorcycle, ever. But despite his disdain for motorcycles, I still respect him and consider him a close friend.

READ MORE: Watch This Helmet Cam Collision of a Car Blowing a Red Light in the City

The story begins with David driving in the fast lane on a LA freeway on a typical morning commute. Traveling in a lifted late-model truck, he was sipping on his coffee as a motorcyclist slammed his driver’s side mirror as he passed. Having no clue to what caused this blunt action, David's emotions flared and he became instantly glossed over with rage. As the bike disappeared, splitting lanes through traffic ahead, David remained angry as hell. Later, David caught up to the motorcyclist in traffic.

Immediately recognizing the truck whose mirror he had just smacked, the biker jumped off his seat and glared through his helmet with a Deadpool-like expression. It's what David decided to do next that left an indelible impression on me.

As his truck drew closer to the motorcyclist, David knew this was his opportunity to extinguish his anger; to accomplish revenge on the asshole who just took out his mirror. With his window down, he pulled along side the motorcycle, drew in a deep breath, leaned over and screamed:

Maybe David did nothing wrong and the biker was a plain and simple asshole. Maybe, he deserved a beating. Maybe, the biker deserved a lot, but did he deserve to have David put his life at risk? No.

It's possible that it was David's fault. Maybe his coffee distracted him from his accidental lane change, or maybe he swerved and blocked the rider's path. But to David, it wasn't important to pass blame. What was important was distinguishing the conflict early.

David couldn't care less about motorcycles or the people who ride them, but he doesn’t need to respect motorcyclists to respect life. He’s no murderer and doesn’t want to be, but unfortunately not everyone understands that.

Take the story of Darla Renee Jackson, who chased down a motorcyclist after he kicked the side of her car for blocking his path. Now, do I think this 26-year-old woman is a murderer who left her house that morning with a desire to kill? No. But she didn’t pay attention to the difference between manslaughter and murder. She didn’t realize that she was essentially driving a weapon and didn't understand the severity of her actions. She let her rage overcome her until she took a Navy Officer’s life.

She now knows what her actions have caused as she’s facing a possible lengthy prison sentence. It’s a painful story to watch unfold, especially hearing things like her mother say, “I told her, ‘Don’t worry, it’ll be okay, it was an accident. He was the one acting crazy and driving erratically.'”

The thought process of it being someone else's fault so they deserve whatever happens to them is insane. A kick does not deserve to be chased down and killed.

A high school kid was killed a few miles from where I live. He was jaywalking. Jaywalking is wrong, but does the punishment fit the crime?

Darla has a history of crazy. She's made verbal threats that she’d run down her ex with her car according to newspaper reports; however, road rage is something that can consume nearly anyone... but usually to a lesser degree.

There are ways we can combat this anger. The main method is simply by letting it go. David realized that he may have done something wrong, or maybe it was a hollow apology. But either way, he knew it was the quickest way to end it. Apologizing, moving on, or staying calm often ends any argument quickly.

A family friend lost their child to a road rage incident. It was car-to-car, but a man became so mad at a pair of teenagers that he chased them down and shot them. My parents would often say don’t get into a fight with someone on the road because for all you know they have a gun. If you’re on a motorcycle, you know a driver has a deadly weapon—a 4,000 pound weapon. Fighting with a car won’t get you anywhere.

Don't be an Jerk Biker, For My Sake!

I'm tired of going to parties, telling people I ride, to only have them complain of the asshole biker who pissed them off this week. It's embarrassing, but more importantly dangerous.

Zach, the Naval Officer who lost his life, shouldn't have kicked Darla’s car. It's possible he’d still be here if he didn’t. He absolutely DID NOT deserve his outcome, but he picked a fight with a deadly weapon. Knife to a gun fight type of thing.

Do you wave at other motorcyclists? You show them respect, right? Well, respect me by not punching or flicking off a car that pisses you off. I’ve had bikers in front of me while lane sharing flick-off cars. As that car attempts to swerve in anger, they actually take it out on me. Putting me in danger for nothing I did. Meanwhile, the biker who did it is long gone. Don’t be an asshole, for my sake, not yours.

How to Deal with Road Rage

Everyday you're on the road, you’ll have to deal with either your own road rage, that of someone else’s, or both. Here are some simple tips for dealing with both:

Get away from them. Especially when you’re on a bike, just move on. Even as I write this I keep using the phrase, “let them win.” Do get away from an aggressive driver and let them cut you off (or whatever asshole maneuver they're performing). Just get away, but don’t think of it as winning and losing. It’s not about being a pushover or having your manhood or womanhood tested—it’s about someone trying to get home from work in a hurry. Let it go and leave. You're not letting them win, only letting your life be better for it.

Remember just smile and ride away.

Don’t take it personally. It’s not a competition.

Remember when you were pissed. You’ve been pissed, in an hurry, angry as hell, and/or just generally an ass. Remember those times? Are you a good person? Maybe, sort of? Just had a bad day? Maybe the guy who cut you off or blew the horn at you is also having a crumby day. Think about your rough times. Don't make blanket assumptions about another driver or rider.

Not your place to punish. Thinking you need to teach someone a lesson is the thought process of a psychopath. If someone is an asshole, they'll get theirs. It's not your place to decide when or how.

Smile! My wife’s favorite trick is to stick her tongue out at an aggressive driver, which often has some lewd responses that just piss me off, but hey, what’ya gonna do? Some studies say to wave and smile. It’ll bring a laugh to a bad, unhappy situation and it may also diffuse it quickly. Or it could piss someone off worse, either way, get away.

Breathe deeply and relax. Think of a funny joke or something relaxing. If you’re religious, then pray. Just try your best to relax your mind and move on from the situation, even if it just happened at that very moment.

There was a famous quote, but I can’t remember the author nor the exact phrasing, but it was something like this:

“They can only hurt you, if you let them.”  Now, of course, this doesn't mean literal hurt because a car can certainly hurt you, but they’ll only win and hurt your ego if you let them. The guy who cuts me in line at the deli or in traffic can only win if I mentally allow him to. If I stress the entire day about some asshole, well, then they’ve won.