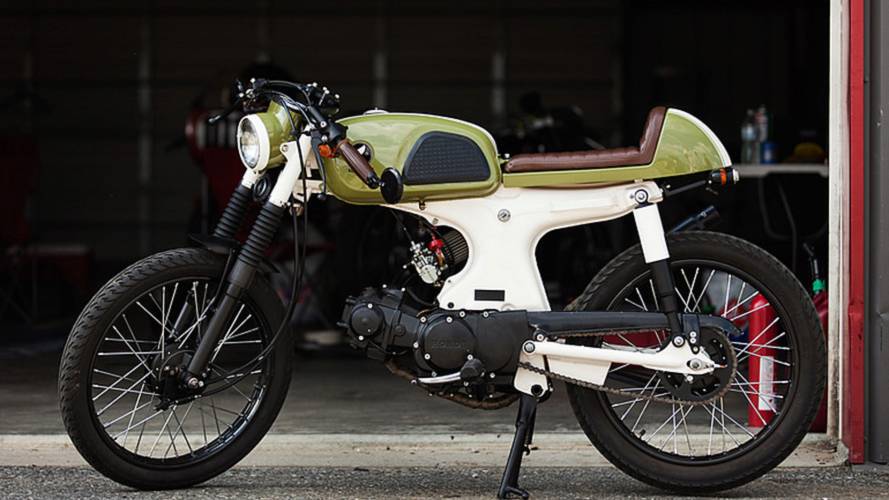 Why You Should Consider Vintage Motorcycle Racing: Rider Profile Larry MorrisIn early July we decided to visit the New Jersey Motorsports Park for an...

In early July we decided to visit the New Jersey Motorsports Park for an American Historic Racing Motorcycle Association (AHRMA) race event. While there we stumbled through the garages with old friends and new.

One of these friends, Larry Morris, owner of New York City Motorcycles (www.nycmc.com), and I had met previously at the Motorcycle Film Festival and began chatting about racing. We are both fans of vintage bikes, although while I was the sort who’d enjoy a vintage bike on a slow Sunday ride, Larry was the sort to drag a knee on a close to century old motorcycle. Larry’s bike features some gearbox issues that day, which lead to a lack of track time for him, but more time for questions for me:

Ryan Handt: How long have you been racing at AHRMA?

Larry Morris: This is my second race season.

RH: What drew you to it?

LM: In hindsight, I was a dangerous idiot riding street bikes.  I rode too fast, without adequate protection, in anything but "controlled" circumstances.  King of the mountains doesn't mean squat on a race track.  I needed to know if I had what it takes to race -- for real.

I tried surfing once.  Concussed myself.  Wasn't for me. Racing was a bit more involved than paddling out on my buddy's longboard.  I took the AHRMA race school in Savannah on a Friday and was racing on Saturday and Sunday.

RH: How were you involved in motorcycles before racing?

LM: I turn 50 in October.  With the exception of one or two years here and there, I've owned and ridden motorcycles since age 16.  Six or seven years before I started racing, my tastes shifted.  I became interested vintage bikes.

RH: What do you get out of racing vintage bikes?

LM: I can't get enough.  The challenges of racing old bikes is just as great or perhaps even greater than with modern equipment.  With the bikes built today, the bike becomes almost invisible.  Electronics and fuel injection...bike tuning is dialed in allowing riders to put their full focus on their riding, without factoring in whether the bike will do what it's supposed to.  No so with old motorcycles.  What do I get?  Headaches.  But when it all comes together...that history, the heritage of racing a vintage machine brings an experience and exhilaration beyond compare.

RH: What surprises you most about it?

LM: How intense the competition is.  Didn't expect folks to take winning so seriously.  Vintage or modern, pro or amateur...racing is still racing.

RH: Tell me a little about your bike.

LM: I race two vintage motorbikes.  The bike here is a very special Triumph Daytona twin-cylinder 500cc bike that competes in AHRMA's Sportsman 500 race class.  The Triumph was owned and raced for many years by Tim Joyce.  Tim is the fastest vintage racer in the country today. This was his "work bike" for 15 years.  He won all there is to win on that bike. Though highly modified, motor is about the only conventional component on the bike.  The frame is from a Triumph Trophy scrambler and the gearbox - which I spent the weekend at New Jersey Motorsports rebuilding - instead of racing - is a 5 speed from a Triumph 650.  To fit the frame, it had to be turned sideways and welded to the engine case!  It is an incredible bike.  America's only Senior TT winner at the Isle of Man, Dave Roper, raced the bike earlier this year at Roebling Raceway, where he took second place - in the 750 class.

RH: What is your number plate and do you have any sponsors?

LM: I’m sponsored by Deus ex Machina and race number is the neighbor of the beast, 667.

RH: Lastly, how can people find you, if you want to be found, that is?

LM: I'm owner of New York City Motorcycles/Racing and folks can find me at NYCMC.com and @newyorkcitymotorcycles on Instagram

MUST READ:  Why I Bought a Kawasaki Ninja 650 - My Second Bike | RideApart