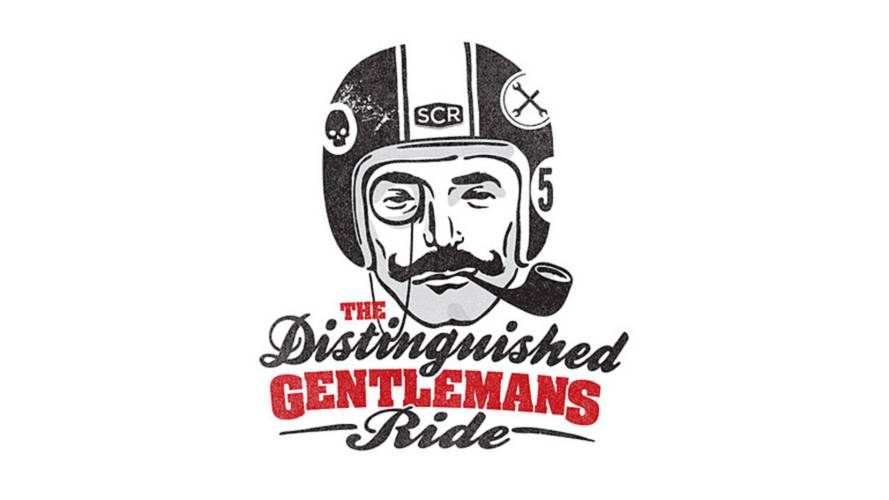 Get your two wheels steeds ready, the Distinguished Gentleman's Ride is almost here.

The Distinguished Gentleman’s Ride (inclusive of both men and women) is less than a month away. It's slowly becoming one of the most influential grassroots motorcycle fundraising campaigns for prostate cancer research, while simultaneously raising global awareness.

It’s also a ride for the peacocks of the world, who wish to dress up, have a good time, and spend a dapper day with one another.

In 2012, the DGR was a small event with only 2,500 individuals in 64 cities. Fundraising was not really part of the equation, but rather it was a ride that sought to combat the negative stereotypes of men on motorcycles.

It’s success was rampant and founder Mark Hawwa thought that the event could serve a worthier cause. In 2013, the Distinguished Gentleman’s Ride adopted a fundraising mission that spanned to 145 cities with nearly 11,000 individuals around the world participating. Through the use of social media and word-of-mouth marketing the organization raised $277,000. In 2014, participation increased to 20,000, and in the end the organization raised $1.5 million.

2015 projects almost 30,000 participants globally with an expansion to more than 400 cities around the world. The fundraising goal this year? $3 million (USD).

The Distinguished Gentleman’s Ride is the brainchild of Mark Hawwa and his closest friends in Sydney Australia in 2012. It was initially inspired by a photo of Jon Hamm as Don Draper from AMC’s Mad Men in a finely tailored suit, straddling a classic BSA in a wheat field. The Aussies thought such an image would be a great way to combat the often-negative stereotype associated with motorcyclists around the world. In time, they realized that changing an image issue was one thing, contributing to a cause was another.

This will be my second year participating in the DGR. I remember hearing about it when it came onto the scene in 2012 and I was intrigued by the concept. I was unable to ride in 2013 due to an injury and in 2014 I was excited and happy to participate in the Los Angeles ride. I even raised money for the cause.

For me the fundraising aspect is a personal endeavor. My father was diagnosed with prostate cancer in 2008 and because he caught it early, he managed to beat the disease. This ride is for him.

I encourage many of you to participate. It's a great day with a ton of excellent people, but first, there are some rules all riders must adhere to.

What Do I Need To Participate?

A Dapper Ride - The Distinguished Gentleman’s Ride is relegated to cafe racers, bobbers, scramblers, flat trackers and undefinable two-wheeled builds. While the ride is targeted for those types of bikes, anyone on 2-wheels is welcome.

Dapper Attire -  It’s time to suit up! You can keep the leathers at home today, but you should venture out to a Banana Republic or your local Bespoke tailor for a suit. Ladies, it’s formal attire so a dress or equivalent outfit that you can ride in.

Don’t forget to accessorize with a fresh pair of sunglasses, some nice loafers or dress shoes, and maybe a pipe if you’re feeling really dapper.  You'll also want a retro lid like the Biltwell Gringo or Bonanza.

Remember, this is a leisure ride not a race. We are here to look good, raise money, be dapper gentlemen and genteel ladies, and enjoy the day.

Register and Start Fundraising - Go register at www.gentlemansride.com.  Find the ride closest to you and once you get your profile page setup, you’ll receive details on start times, rally points, and end points, as well as after party locations. It is also here where you can get the word out to raise funds for men’s prostate cancer research and learn more about measures you can take to stay cancer free.

If you are in Los Angeles and are riding this year, say hello. I will likely be the tallest distinguished gentleman on two wheels.

See you on Saturday, September 27th!

READ MORE: Group Ride Advice - How To Be a Good Ride ... - RideApart