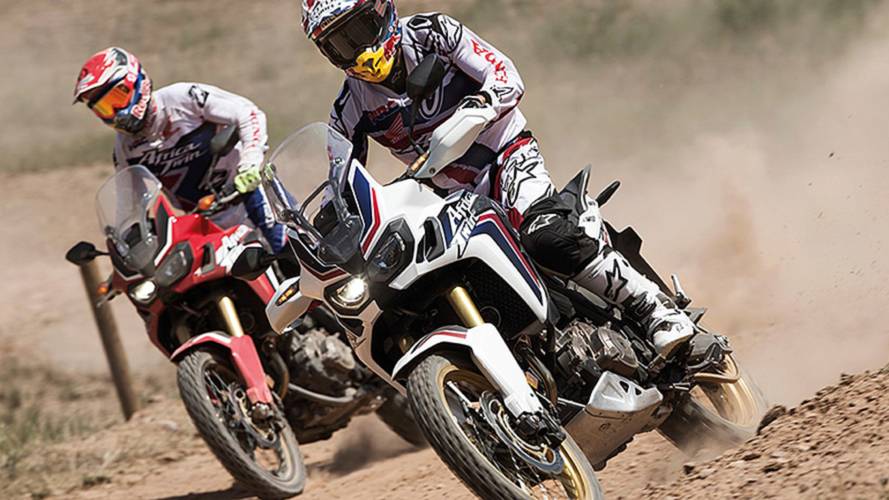 Marc Marquez and Joan Barreda put two all-new Africa Twin through their paces in Spain. The guys ran both the manual version as well as the Dual Clutch Transmission (DTC) automatic version of the bikes. Watch as they talk about how easy it was to fling the big 1,000cc bikes in the dirt. Is this proof that the Africa Twin will not disappoint?

The first video shows the MotoGP champ talking about his first impressions of the seemingly light, nimble and fast adventure bike. This is followed up by a video of Dakar Rally racer Joan Barreda, who also gives his initial thoughts on the new Africa Twin. Check it out below.