We Relentlessly Hound Harley-Davidson About Project LiveWire, Over a Few Beers 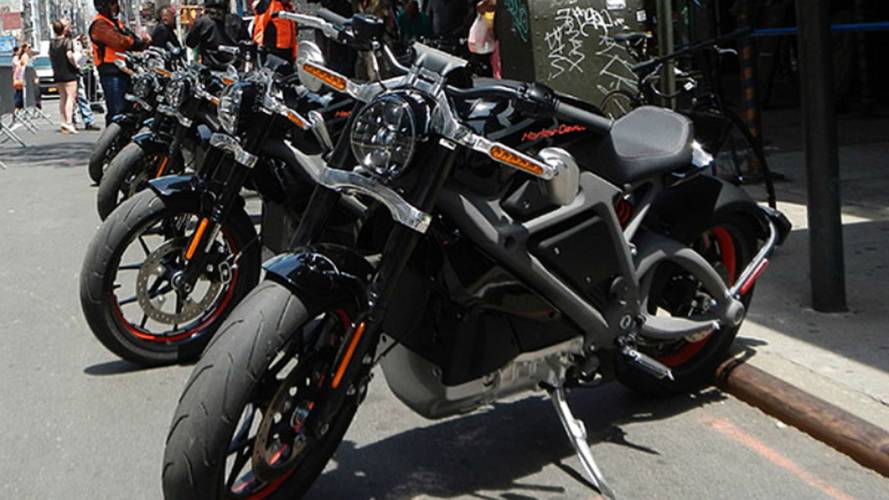 Some friendly conversation, drinks, and then aggressive questioning about Project LiveWire's future, or lack there of.

After our two days of riding the 2016 line-up, Harley shuttled members of the media out for some liquor tasting and dinner in the Northwestern Hippie town of Portland. Naturally, we remained diligent in our pursuit to bring you the best motorcycle content out there.

As usual, we managed to creep out a couple of the H-D staffers after some friendly conversation over a few drinks. We then proceeded to aggressively question the staff members about Project LiveWire's future, or lack there of.

We’ve studied the bike and project for some time, but apparently missed a couple small details. First, and most important, Harley has claimed that we will see a LiveWire motorcycle in production before 2020. But, that’s as much of a timeline as they’re prepared to give.

H-D’s financial outlook at Project LiveWire is that electric motorcycle development isn’t profitable—at the moment. H-D entered with project LiveWire to simply be prepared for the day that electric bikes are profitable. Today, it doesn't seem like a wise investment for the 2016 line-up. H-D can probably afford to lose a big chunk in a production model, but there’s a reason H-D is one of the last American motorcycle brands. Risks are not their forte.

Victory was able to enter the electric market on a sales level before H-D, but H-D was the first out with the LiveWire. Victory’s bike isn’t really a Victory, but simply put it's a rebranding of the Brammo, and the new one in some areas. But that doesn’t necessarily foreshadow the future of Brammo; on the contrary, this merger was for the better.

The Polaris name comes with marketing, engineering and development teams that rival that of the US government. This is in stark contrast to Brammo’s infrastructure, which may have not survived without the help of a company like Polaris. Either way, Polaris has the ability to lose money in electric motorcycle development, while technology like range and usability play catch up with the general consumer market.

We asked if Harley was threatened by Victory/Polaris/Brammo's development? They simply responded that competition was good for the market as a whole and would only speed up development. Hopefully—although this is our opinion not H-D's—it puts pressure on some executives who have the power to push LiveWire to the forefront.

It’s well known that Polaris purchased Brammo and continued their lineup with a Victory-badged Brammo. There are some changes to the model other than just a couple badges, but it’s still very much a Brammo—a fact Victory isn’t hiding. They've even kept the original model name, Empulse. So why is H-D hiding?

Harley-Davidson has developed, designed and built essentially all components of the motorcycle minus the electronics and powertrain. This was something I was even surprised to learn. They worked with contractors, but refuse to go into much detail past the “it’s a true Harley” PR speak.

It’s no secret that Mission Motorcycles is the one supplying Harley with the electronics and know how to get a fully electric motorcycle off the ground in a short time. But why won’t H-D acknowledge this? We know it’s Mission, but H-D refuses to admit to their involvement in any capacity. They’re very tight-lipped. What’s there to hide? Admit to the public that maybe 100 years of air-cooled V-twin tech may not have prepared you for electric motor development and that you’ve seen your weak spots. So you've found a company who knows how to do it.

Instead, the staff all seem trained on how to keep their mouths relatively shut on this topic.

When pressed on the above, Mike Roach admitted it was a good question, but that predictably, he didn't have an answer. Maybe it would be the smart move for H-D to admit who they’re working with on Project LiveWire...or maybe not?

Polaris and Victory are going to become a textbook example of electric bike marketing as soon as they prove whether the investment of time and resources pays off in real life. Maybe H-D is simply waiting to see what the public does with them before making their own move. Victory's closing in on the King—it's your move Harley.