Triumph Teases the New Water-Cooled Bonneville, Here's What We Know 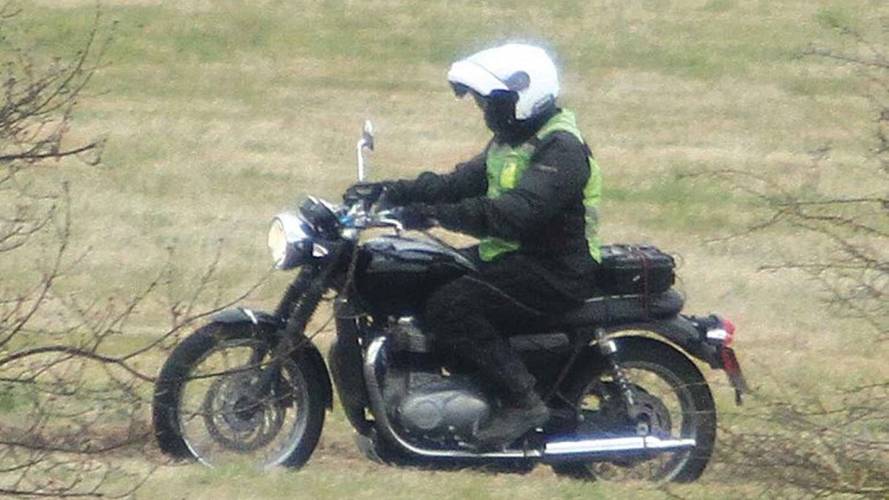 Triumph Teases the New Water-Cooled Bonneville, Here's What We Know How to do you make one of the best selling retro bikes even better? Make it more...

How to do you make one of the best selling retro bikes even better? Make it more retro while simultaneously giving it modern performance.

It’s that type of year again—the hype is building and the tsunami of news will be hitting us shortly from across the pond and at home. Looks like Triumph is jumping into the wave this year, unveiling an all-new, water-cooled Bonneville on October 28th, 2016.

It’s been 15 years since the Bonneville had a major refresh, but Triumph has been one of the best selling companies in the US so they haven’t exactly been in any hurry to change a good thing. Triumph just released a teaser above, but here’s what we can tell so far about the new Bonnie.

First it appears as though Triumph either surpassingly or accidentally released the new Bonneville or likely the new Street Tracker (both will feature the new water-cooled engine) in a video featuring soccer star David Beckham. You can catch some quick glimpse in the below video...

Triumph was some how able to make the bike more retro, while giving it some long waited modern upgrades; with things like a more rounded steel frame that resembles the original Bonnie, along with the tank, seat, taillight and side panels are all said to have a slight ‘60s redesign too. It also has finned exhaust head clamps like the oldies (my favorite).

The Bonneville will likely keep the original telescopic forks and the two shocks out back. But a new rumored Street Tracker version is what my dreams are made of: inverted Öhlins forks with remote reservoir Öhlins shocks out back, and Brembo radial-mount calipers along with sportbike-ish wheels and tires. This gives me chills.

So how about the latest and greatest stuff on the Bonneville? Well, besides the projected water-cooled platform, the Bonneville will receive dual discs up front and all models will feature ABS. A drive-by-wire is expected, which can be accompanied by electronics like traction control.

Also, the new engine is said to greatly increase in size to 1,100cc from the current 865cc twin. This could possibly push the Bonnie into triple digits of power.

The transmission may be all-new with a six-speed optional on certain models. It appears as though many of these changes will trickle down into the other models, price depending. Some bikes will retain the 865cc air-cooled platform.

Little is known for sure as to the water-cooling design. BMW seems to have pulled the conversion from air-cooled to water, but will Triumph be able to?

Harley-Davidson, on select models, features water-cooled heads with split radiators and fans. I despise this system and can say this since I’ve ridden two H-D’s with the water cooling heads. It produces more heat onto the rider and in no way seems to run the engine cooler than an air-cooled variant. It’s taking an engine that’s engineered to work as air-cooled, and simply splashing water on it.

READ MORE: Why You Shouldn't Be Scared Of A Big Bike | RideApart

Now, I’m sure H-D engineered the heads to work more efficient with the water cooling, and accompanied by a different tune, but it appeared from the butt of the rider’s pants that it wasn’t meant to be. Will the new Triumph be the same? Or did we all get it wrong and it’s just a crazy big oil-cooler?

From afar, the engine block looks beefier, and it has to be because it’s adding almost an entire Ninja 300cc in displacement. But, it appears as though there are some serious water jackets in there as well, so hopefully this will be the new system that’ll last another 15 years.

Check out more Spy shots of the new Tracker at CycleWorld.