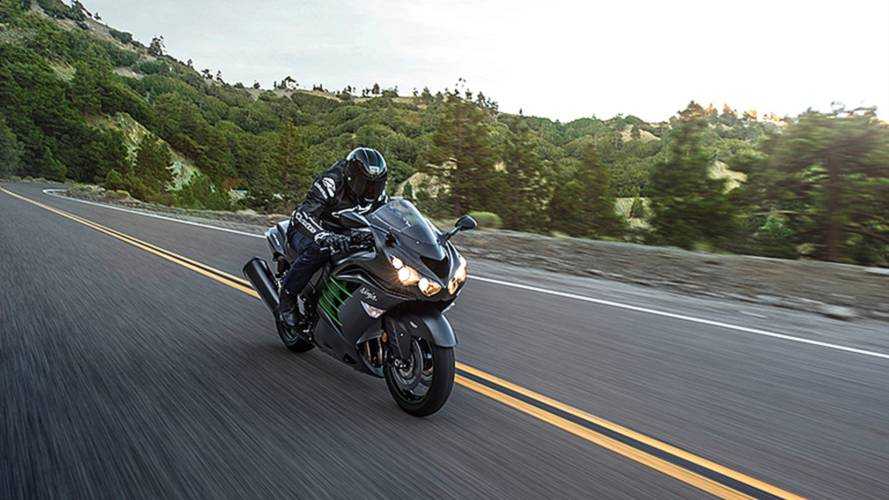 I’ve said it before in my road rage rants, attempting to teach someone a lesson is the thinking of a mad man.

I’ve said it before in my road-rage rants—attempting to teach someone a lesson on the road is the thinking of a mad man. READ MORE: In the Curve: Road Rage | RideApart

Two guys are out for a leisurely ride down a country road. When they have a straight stretch, they punch it in an attempt to pass a couple cars. As the lead bike hammers down and has a run on a white Mercury, the car swerves hard, taking him and his passenger out. After the collision, they slide down the road several hundred feet, trashing the bike.

The bike behind's perspective is where you watch it all unfold, as he’s wearing a GoPro strapped to his helmet. Luckily, even though the white Mercury driver is a jerk, most of the passerby stop to help.

And that isn’t even the crazy part—it’s what the driver says next.

READ MORE: How to Deal With Road Rage - A Motorcyclist's Perspective | RideApart

I’d only assume he’d care if it were someone in his family, right? Well, what about the rider and passenger’s family? What if that girl on the back was his daughter or granddaughter? Would he still stand tall and be so proud of his actions?

According to a news station, the rider had a gash down to the bone on his shoulder. His passenger has a gash on her arm that has the possibility of infection. If it does become infected, they will have to amputate.

No one has been ticketed in the incident as of yet, and the police are currently investigating if the crash was intentional. When the driver is first approached he seems to have a sense of pride for his actions, but after he’s told he’s on video he seems to change his tune.

“I was stung by a wasp or something,” he mumbles as the driver walks away. I’ll bet he uses that line in court.

It’s attempted murder in my opinion. And yes, it doesn’t look like it was a passing zone and I’m sure they were speeding in an effort to pass, but speeding and illegal passing are not actions punishable by death. This old fart is no judge, jury, or police enforcer.

These videos make my blood boil, but the lesson here is to watch out for everyone. Today motorcycles are accepted all over, but there are still people out there who seek to destroy riders for insane reasons. The second rider with the GoPro could have easily punched the driver who was obviously looking for a fight or to antagonize someone, but he showed restraint. Watch your back, always be respectful, and keep riding...also, wear the right gear.

In A Month, Energica Has Sold As Many Bikes As In All Of 2019
Eric Bana Is Working On A Mike Hailwood IOMTT Movie
Motorcyclists Gather To Give Vietnam Veteran His Final Ride
Suzuki May Finally Be Going Electric In 2021
Electric Startup Horwin Is Expanding Its Dealer Network

In A Month, Energica Has Sold As Many Bikes As In All Of 2019
Eric Bana Is Working On A Mike Hailwood IOMTT Movie
Motorcyclists Gather To Give Vietnam Veteran His Final Ride
Suzuki May Finally Be Going Electric In 2021
Electric Startup Horwin Is Expanding Its Dealer Network
Commenting Guidelines