How To Teach A New Rider The Ropes 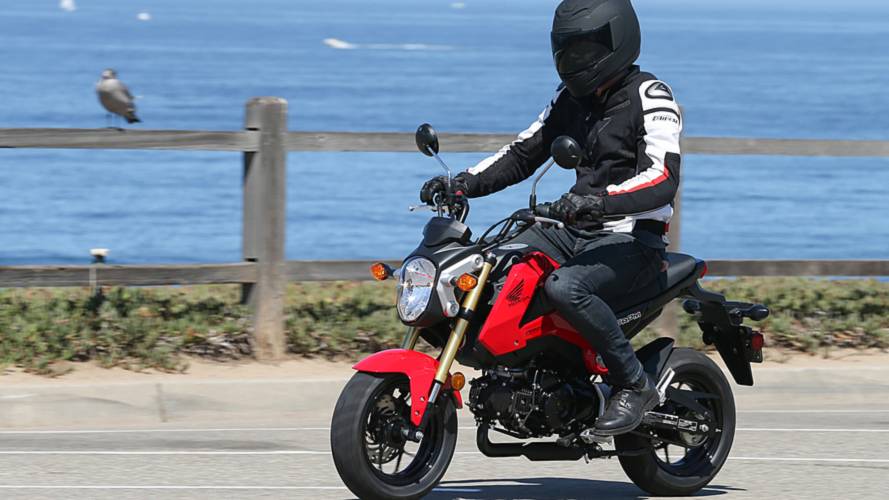 This is how you teach a new motorcycle rider the ropes. Step by step, teaching friends how to ride with natural progression.

The downside of this whole awesome motorcycle thing is that it can feel overwhelming for new riders. You can help make it more new rider-friendly by teaching a friend/family member/significant other the ins and outs. This is how you teach a new rider the ropes.

Convincing People They Want To Ride

I’ve got this easy. I live in Los Angeles, so I just pick someone up on one side of the city and take them to the other during rush hour (ie, any time of the day or week). Doing so takes 20 minutes or so and costs me probably a dollar in fuel (I also make sure they see my $8 fill up). If they’re intelligent, a light bulb goes off and they ask how they can do that too.

That’s exactly what I did with my girlfriend, Lara. No hard sell, I just took her to Marina Del Ray on July 4th to watch the fireworks, then rode her home through the apocalyptic holiday traffic. Despite one tiny altercation with a moronic car driver, we completed the journey back to Hollywood easily and without incident in about 25 minutes. Car driving friends would never even have attempted to make that happen. Since she needs to travel all over the city every day for work, questions about her own transportation situation soon followed.

If you live in one of those backwards states which still doesn’t allow lane splitting, you may have a harder time. What you need to do is show a non-rider the unique appeal motorcycles have to offer. If they like nature, take them dirt bike camping. If they like thrills, take them out on a sportbike. If they like adventure, take them on a weekend getaway. Bikes are awesome, so it’s really not hard to show someone how great they are, just throw them on the back, take them for a ride and they’ll get it.

Pretty much anyone can learn to ride a tiny dirt bike, a scooter or a little road bike like the Honda Grom in under and hour. They just need a safe place that’s off the road to learn in and a bike that won’t scare them. Think low seat height, low power outputs and light weight. You can find used Honda XR100s or similar on Craigslist in functional condition for a couple hundred bucks. Pick one up as a learning tool and find a local field or just use your yard.

Riding a motorcycle is dangerous and good safety gear mitigates that risk. But, you don’t want to put your Padwan learner off by suiting them up for battle on their first ride. If they’re riding a small bike in a safe environment (like your yard or field) a helmet, an armored jacket, riding gloves, a pair of jeans and a set of hiking boots will be enough. After all, they’re going to be going what, 15 mph on grass? The idea with this first ride is to show them how much fun it is and that it’s an achievable thing. Most importantly is not to scare them off.

Work up to more riding gear as they advance. That way, they understand its need and purpose and you’re not laying out thousands on someone who may give up after the first lesson.

Make that gear it’s own reward. If they go get their permit, you’ll buy them a helmet. If they complete the MSF course, they get their own jacket. Just make sure any stuff they’re borrowing is actually safe and fits them correctly. It also needs to be appropriate for each stage of their riding. While a new rider won’t need much for their first spin around a field, they should be fully protected during their first ride on a road.

Canvas people in your riding community for gear loans. We all like the idea of more people riding and most people have a ton of old stuff in their closets. If you’re teaching your girlfriend to ride, can other women riders in your community loan her a jacket or helmet for the day? Also look online for cheap deals on used gear. If you’re unsure your protégé will really go through all the steps to become a life-long rider, there should be no shame in picking up a used jacket for $50 to get them through their first few lessons.

Continue Reader: How To Teach A New Rider The Ropes >>

Start With The Clutch

This is going to be the hardest thing to learn, regardless of stickshift experience. What I did was stick Lara in a corner of my yard, show her how the clutch worked, then had her practice finding its friction zone until she was able to pull away smoothly. Basically, I pointed out the parts, told her what she needed to do, then walked away until she’d figured it out. It took about half an hour. And, after that, everything else was pretty easy, it’s literally like riding a bicycle.

Set Achievable Goals, Then Exceed Them

During Lara’s first lesson, I told her we’d just be riding around my yard. We ended up circumnavigating the Chik-Fil-A parking lot, then letting her ride home on her own. How much of a sense of accomplishment do you think that gave her? Keeping your learner motivated is the most important thing you can do.

Sharing her accomplishment via social media, along with the encouraging comments by friends the multitude of likes also validated her experience. Adey — the fast guy — didn’t make fun of her, he called her a natural. Don’t devalue that stuff, it adds up.

You know what’s an awful lot like riding a motorcycle? Riding a bicycle. The comparison not only makes motorized bicycles appear more accessible, but it works too. Separate brakes, balance, countersteering, your trainee likely already knows about all that stuff from riding his/her Huffy. While yeah, motorcycle brakes are vastly different, the comparison makes them seem simple and helps explain why the front brake is to be treated with respect.

Lara’s next step is to go get her permit from the DMV. After that, I’m going to book her time at Honda’s Rider Education Center in Colton, California. They’ll teach her how to ride dirt bikes. After that, it’s the Motorcycle Safety Foundation course and her license, then we’ll spend time working on her skills on quiet roads. As soon as she’s ready, it’s off to SoCal Supermoto.

You don’t have to be the be-all and end-all of training; you just have to help the new rider navigate the maze that is being new to motorcycling. You may not have the same organizations in your area, but the theme here is progressive learning taught by professionals in safe environments.

At the end of Lara’s training, I’ll have had very little first person input on her actual training, but by sowing the seeds, getting her off the ground and guiding her along the way, my girlfriend’s going to be faster than you by year’s end. Who wouldn’t want that?

Have you ever got anyone into riding? How did you convince them to give it a go?