The 2014 Chicago Auto Show – What You Need To Know 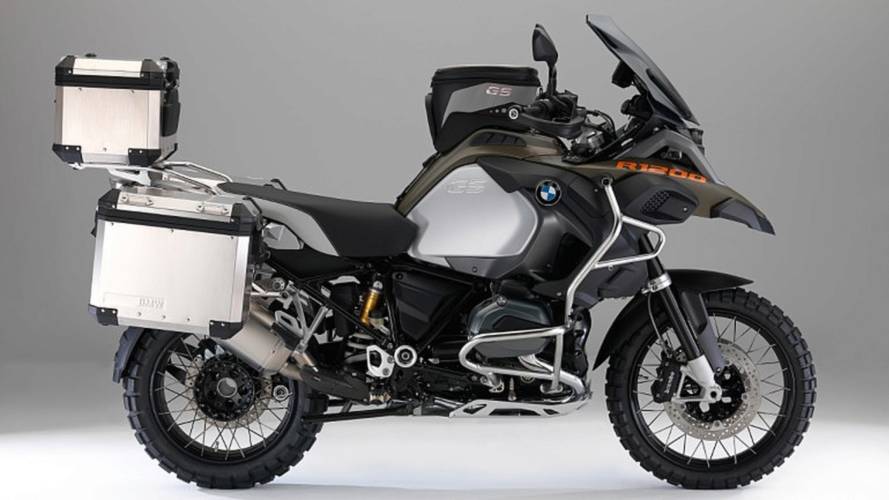 We take in the 2014 Chicago Auto Show from a motorcycle rider's perspective.

It's cold in Chicago. Really cold. Like, get out the snowmobile cold. So, what is a motorcyclist to do, other than go to McCormick Place (America's largest convention center) and look for motorcycle news at the Chicago Auto Show.

I searched high and low, and believe it or not, I actually found a few motorcycles on display. BMW never shies away from its motorcycle pedigree, even though it leans a little too hard on the slogan "The Ultimate Driving Machine." The 2014 BMW R 1200 GS took center stage in the company's display, sitting proudly on its center stand. When I spoke with BMW Product Communications spokesman Dave Buchko about tow/haul issues, he was enthusiastic about recommending the 2014 X5, which has a payload capacity of 1,100 lbs and towing capacity of 5,000 lbs, and is available with a 3.0-liter turbodiesel engine that produces 413 lb.-ft. of torque. I'll be testing an X5 soon.

Honda took a different approach to their motorcycle heritage. At the back of their huge display space, they rounded up a few examples of products from various Honda divisions. There was a model of a Honda airplane, a snow blower, a generator, a cart racer, an outboard marine motor, a dirt bike and a CTX700N. The dusty display betrayed little enthusiasm for any of the ancillary businesses, and did little to lead consumers toward motorcycles.

Toyota recognized that there is some definite crossover between truck buyers and motorcyclists, especially when it comes to off-roading. A TRD-prepared Tacoma PreRunner was loaded up with a race-liveried Yamaha motocross bike in an eye-catching display, complete with an accessory bed extender. Toyota also displayed a few concept vehicles from Intelligent Transport Systems project. The Future Mobility Vehicles were displayed with little fanfare. Apparently, the future of transportation is on three wheels, and is more of a personal vehicle than a family conveyance. It also looks an awful lot like a motorcycle - an interesting projection from the world's largest volume manufacturer of automobiles.

While I couldn't find a lot of motorcycles at the Chicago Auto Show (no big surprise there), I did see evidence of a significant trend that will impact motorcyclists. The trend is the small work van. Don't call it a minivan - that's got a negative connotation, and the manufacturers skitter like roaches when you mention the term in connection with their new vehicles. I tried to coin a term for the new vans - what do you think of the "Smallavan." Get back to me about that.

Ford continues to push its Transit Connect, which has been updated for 2014, with a new available EcoBoost powertrain and new exterior design. Several companies were invited to customize their Transit Connect for display at the show, and they succeeded in making the clunky Turkish van look almost cool with special paint and wheels.

Ram confirmed that they will be entering the fray with the ProMaster City, "an all-new small van North American market...Based on the successful Fiat Doblo, a two-time International Van of the Year winner with more than 1.3 million units sold, the Ram ProMaster City will encompass familiar Ram Truck styling cues and offer features and powertrains preferred by North American commercial customers," states a Ram press release.

Chevrolet took the covers off of the 2015 City Express, which will go on sale this fall. It will be powered by a 2.0-liter inline four-cylinder engine with a CVT, and will have a payload capacity of 1,500 lbs. "As the newest member of the Chevrolet Express family of vans, the 2015 City Express offers a smaller, more efficient choice for businesses that don’t need the cargo volume or other capabilities of a full-size van,” said Ed Peper, U.S. vice president, GM Fleet and Commercial.

Nissan's NV200 made news at the Chicago Auto Show with the unveiling of a customized NV200 Taxi. The NV200 Taxi is already in service in New York City, and Nissan would like to gain inroads into the 7,000-strong Chicago taxi market. The good news for motorcyclists is that the NV200 will be undergoing a massive durability test as it enters taxi fleets, and the Nissan service and parts supply chain will be in high gear to support these vehicles. So, if you buy an NV200 as your tow/haul vehicle, you can be assured that it will be easy to keep it running.

On the full-size SUV beat, General Motors displayed the 2015 Chevrolet Tahoe, GMC Yukon and Cadillac Escalade, which should get some big attention from the Chicagoland crowds. Lincoln unveiled the 2015 Navigator, which will wear the same nose as the rest of the Lincoln lineup. Expect to see reviews of these vehicles on these pages in the very near future.

The Chicago Auto Show is a very popular event for consumers, attracting about 2,000,000 visitors every year. The show is at the McCormick Place convention center through February 17, 2014. It's a big, friendly show, and best of all - it's indoors, and warm.

Are you planning to add a new tow/haul vehicle to your fleet this year?