Ask RideApart: This or That – Ducati 899 Panigale v. Aprilia RSV4 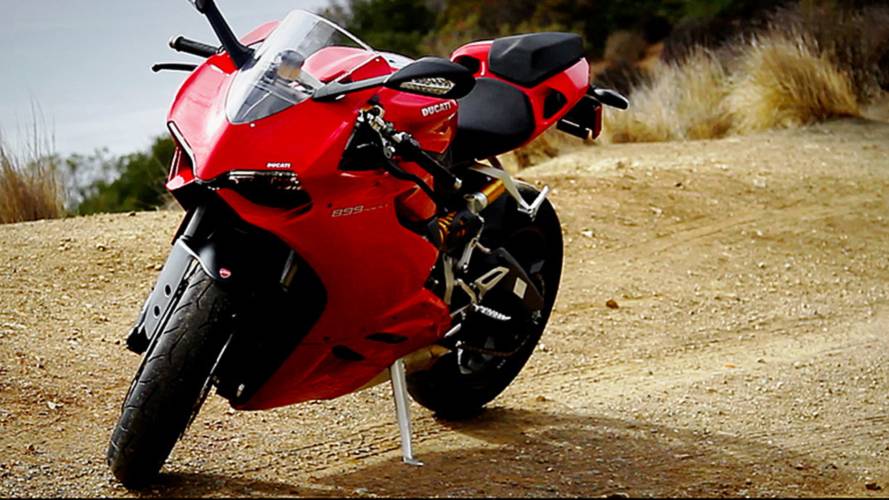 When it comes to price v. power and you can select two of the hottest Italian sportbikes on the market, which do you choose?

“Would you get an 899 Panigale or 2013 RSV4 Factory...i get both for about the same price the factory is just $500 more, and dealers aren't really dealing on 899. Have you ridden one with the new fueling where it kills power below 6000 rpm?"

The Ducati 899 Panigale and Aprilia RSV4 Factory APRC ABS are a couple of leaders in the Italian sportbike realm today. I have had the pleasure to conduct a 4-day, head-to-head test with these two bikes both on the race track and on the city streets/canyons and can tell you that the Aprilia would be my hands-down favorite. Additionally, if I were in the position to obtain either of these bikes for nearly the same amount of cash, the RSV4 Factory would be a no-brainer for me.

The Aprilia is an extremely planted and comfortable bike on the street as well as the track. The factory components such as the front and rear Ohlins suspension gear, Brembo braking system, smooth quick shifter and interactive traction management system make this an extremely loaded package. The V4 powerplant produces an amazing amount of power delivered linearly in a chassis that is very rigid and flickable. The only complaint I had was that 1st gear was a bit too tall for street riding causing me to slip the clutch slightly more than desired. However, a quick sprocket set swap dropping a tooth in the front and adding a couple in the rear should solve this minor inconvenience.

The Ducati is an extremely aesthetically pleasing piece of Italian artwork with beautiful craftsmanship to prove it. However, riding the V-twin is a bit more of a chore than the Aprilia. The Panigale has a very nimble chassis that can be thrown around with ease but the power delivery is rather exponential delivering relatively abrupt power spikes. In an attempt to smooth out this natural V-twin effect for a more comfortable street ride, Ducati adjusted the fuel mapping in lower RPM’s resulting in the power “kill” below 6,000 RPM that you may be referring to. Though not to worry, there is still plenty of juice on tap in higher RPM’s beyond the tamed, street-friendly zone.

These are two of the most technologically-advanced, well-rounded, publically-available sport motorcycles ever to come out of Europe and one would be hard-pressed to be upset with either. However, if the pricing variables were set equal to each other, my calculations would put the Aprilia Factory APRC ABS on top.