Honda Teases Us Yet Again, With a new Africa Twin Video 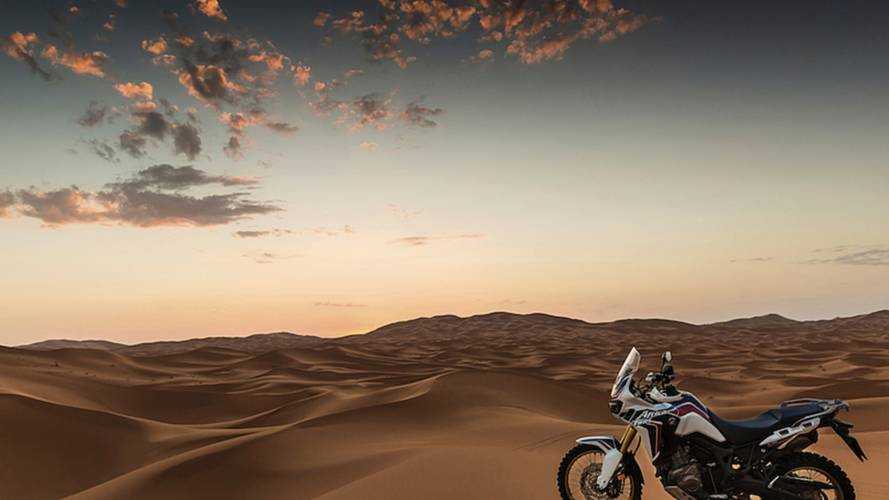 Honda Teases Us Yet Again, With a new Africa Twin VideoHonda has released a new video to build hype for the forthcoming Africa Twin, one that allows...

Honda has released a new video to build hype for the forthcoming Africa Twin, one that allows you to decide the setting in which you get to see the bike.

Effectively it seems someone in the Honda marketing department grew up reading Choose Your Own Adventure novels and thought: "Hey we've been calling this project True Adventure... I've got an idea: let's make an Africa Twin video based on War With the Mutant Spider Ants!"

Eventually someone managed to talk that dude down a little and we ended up with an interactive experience that allows you to choose whether you want to watch two guys on Africa Twins ride through the desert or the mountains or the forest or on the road. Whatever you choose, you get plenty of slow-mo shots of the bike doing wheelies and jumps and slides to an electronic dubstep soundtrack.

Sadly, at no point do you click your way into an Oregon Trail-style death scenario: "Your motorcyclist has dysentery."

There's no new information in the video, just new images of the bike.

When Honda first teased this video earlier this week I got really excited and thought perhaps we'd finally get a release date. After all, Honda has been teasing us with the Africa Twin for almost a full year.  No such luck; the Africa Twin's release date remains a mystery.

We'll keep hoping. In the meantime, check out the video:

READ MORE: Honda shows Us Why The Africa Twin Is Worth the Wait | RideApart