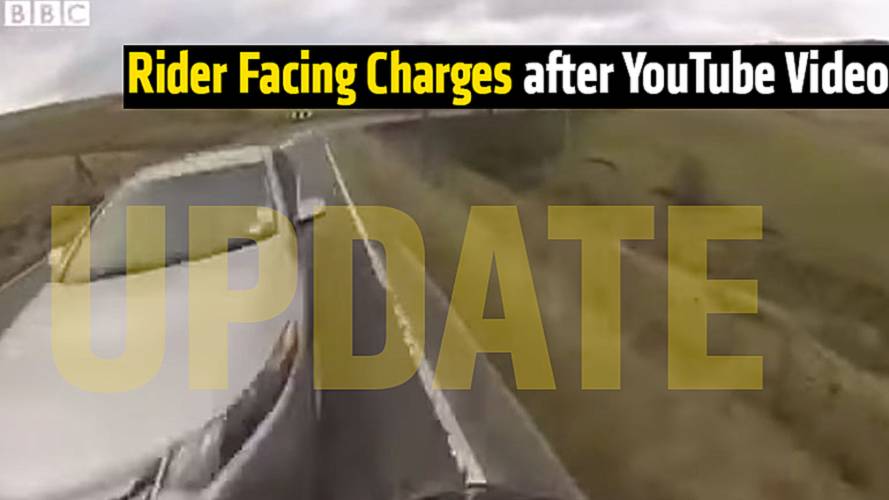 A motorcycle rider who video taped himself running off the road is now facing charges after authorities watched the video.

You might remember a video we posted back in April of a motorcyclist in Britain heading off a 40-foot cliff into a field. While the dude came out with only scratches and a damaged pride, it seems he's now in for a heap of trouble as the local authorities saw the video and have decided to press charges. Turns out the owner of the fence he blew through wasn’t too happy about the damage and wants £1,000 in compensation to fix his property.

21-year-old Jack Sanderson was on his Kawasaki Ninja heading down A537, a famous stretch of road known as the Cat and Fiddle Road that is renown for its awesome twisties. In poor judgment, Sanderson decided to pass his friend on the wrong side of the road when he came face to face with a Honda Accord. Sanderson reflexively drove off the road in order to avoid an accident.

"I was going round the corner and I was going wider and wider and wider," Sanderson said, "When I saw the first bit of the car I knew I was in trouble. My bike stayed at the top of the ridge and I continued down the hill. If my bike had followed me and crushed me, I would not be standing here today.”

Luckily, he didn't sustain any injuries from the accident. Sanderson added: “I can’t believe I walked out of that with not even a broken bone. When I went over the ridge I was like a helicopter spinning.”

As Tim Watson stated in the original piece, the A537 has one of the highest fatality rates of any road in Europe. Between 2007 and 2011, there were 44 serious or fatal crashes on the seven-mile stretch of road and between 2002 and 2006, there were 35.

Sanderson posted on his YouTube page: “It’s worth sharing the video on YouTube, if it stops others making the same mistake as me.”

Apparently it’s also worth sharing so the local authorities can bust him as the Macclesfield Magistrate Court recently found Sanderson guilty of reckless driving, although there's been no sentencing yet. Sanderson told the court he had it under control. Which, from watching the video, we have a hard time believing too.