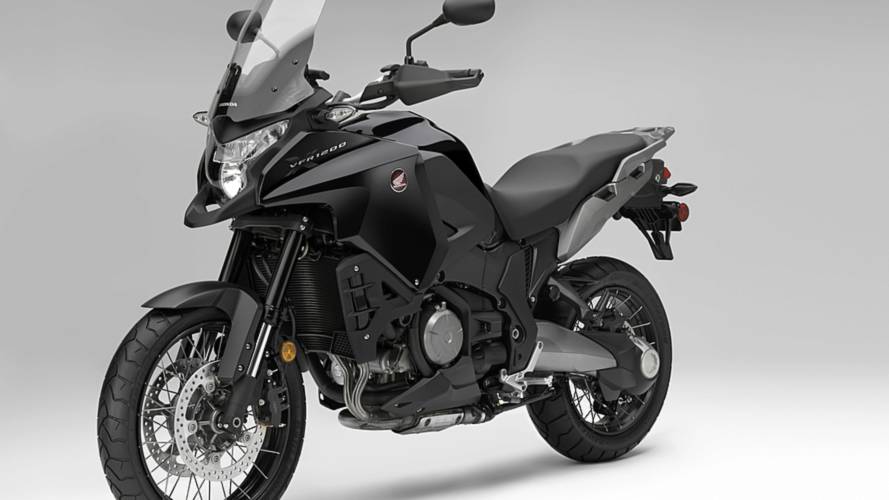 Honda Introduces the 2016 VFR 1200X Adventure Tourer READ MORE:  How To Go Adventure Touring On A Budget | RideApart There is no denying the...

READ MORE:  How To Go Adventure Touring On A Budget | RideApart

There is no denying the Adventure Bike market is beginning to take a hold in the United States. Talk to enough people in the industry and you can argue that Adventure / Adventure Touring motorcycles are steadily replacing the sport touring segment and Honda is in the process of committing to that trend for 2016 and beyond.

The 2016 Honda VFR 1200X is already available in Europe, known as The Crosstourer, but the United States market will finally see it in dealerships this coming year. Like you, many of us are eagerly awaiting the up and coming Africa Twin (I sure as hell am). However, the introduction of the VFR 1200X will serve as Honda's biggest displacement "Adventure Touring" bike suitable as a long distance tourer while remaining capable on fire roads and lightly non-paved surfaces.

READ MORE:  Why There's No Shame in Owning an ADV and Not Taking it Off Road | RideApart

I'm sure someone is going to put knobbies and a bash plate on this thing and see what it can do off road. I'll be one of the first to volunteer as long as I have a riding buddy or a SPOT beacon, but don't expect BMW R1200GS or KTM 1290 Adventure caliber off-road performance from this motorcycle. However, the trend is clear and I believe Honda knows it. "Adventure Bikes" are taking over and it's becoming prevalent in their line up.

“We’re very excited to offer such a well-rounded offering of adventure-touring models in the U.S. for 2016,” said Lee Edmunds, Manager of Motorcycle Marketing Communications at American Honda. “The introduction of the VFR1200X to North America follows on the incredible reception of the Africa Twin. With the NC700X and CB500X also set to get important updates for 2016, Honda has a model to suit the needs of any adventure-touring enthusiast.”
The U.S. spec 2016 VFR1200X will be officially unveiled at the Long Beach International Motorcycle Show on November 20. Featuring more than enough power for comfortable two-up riding, the 2016 VFR1200X is powered by a 1,237cc V-4 that’s available with either a standard gearbox or Honda’s six-speed Dual Clutch Transmission (DCT). It will also include a shaft drive, eliminating the need for pesky chain maintenance.
It will also only be available in pearl black. The VFR will include Honda's Selectable Torque Control (HSTC)—a.k.a Traction Control—and ABS. The laced 19-inch front wheel and 17-inch rear should perform well on paved and smooth dirt roads while aided by an inverted 43mm fork.

Other features of note include a windscreen that’s adjustable with one hand, hand guards and an accessory socket for smartphones, heated vests and other accessories. Honda will likely afford consumers with a number of rider storage options for the VFR1200X, but we are going to have to wait until it's announced.