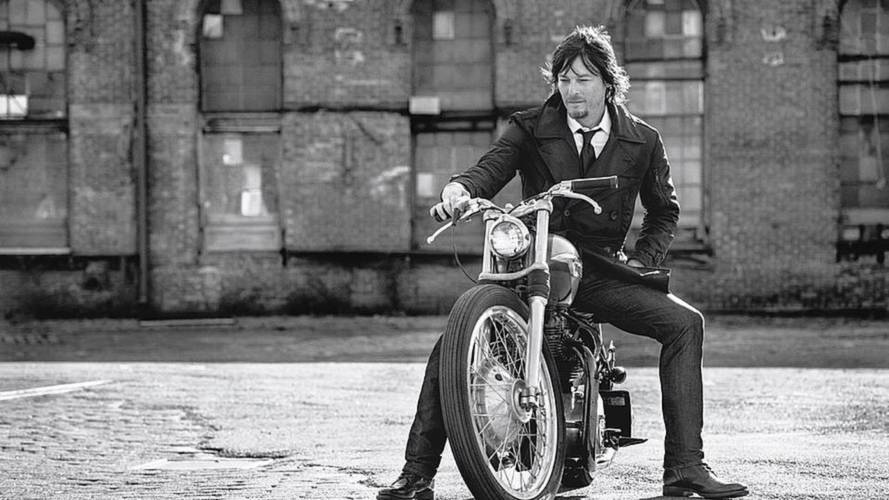 Norman Reedus (AKA the Walking Dead's Daryl Dixon) is a "to the bone" motorcyclist and AMC has green-lit his own series: Ride With Norman Reedus.

I'm a huge fan of the Walking Dead. I love the Honda CB that Classified Motos custom built for the show, and who doesn't love Norman Reedus as Daryl Dixon? Norman himself is one cool cat and a "to the bone" motorcyclist, so I was happy to hear that AMC has green-lit an unscripted non-fiction series called Ride with Norman Reedus.

What, When, And Who

Set to debut in 2016 and produced by Left/Right Production, the show will consist of six one-hour episodes with Norman as he takes viewers on an open road ride to explore local motorcycle culture and history by showing viewers some of the best and brightest collectors, mechanics, and motorcycle craftsmen around the country.

Each episode of Ride With Norman Reedus will begin in a different city where Reedus and his riding companion – a fellow actor, musician, friend, or local chopper fanatic who shares his passion for motorcycles – will journey to a new destination.

Along the way, they will stop at various locales such as custom bike shops, tattoo parlors, collector’s warehouses, or a roadside smokehouse, with plenty of time for unplanned detours and tire changes. The series will also showcase different types of motorcycles each week including vintage, minis, and cruisers.

Not Just A Spun-Off Stunt

This might seem like a ploy or bit at extending fame, but I can tell you it’s not. Beyond being a fantastic actor and salt of the earth individual, Norman has grown up on motorcycles and has a passion that runs deep. For all of us in the motorcycle community, it’s a very good thing to have someone like him educate and entertain the masses on something we're all so passionate about.

As much as I look forward to the latest Walking Dead episode every Sunday night, Ride With Norman Reedus could easily become my new favorite.

Ride on, Norman, ride on.