Get Ready for the EICMA Blitz 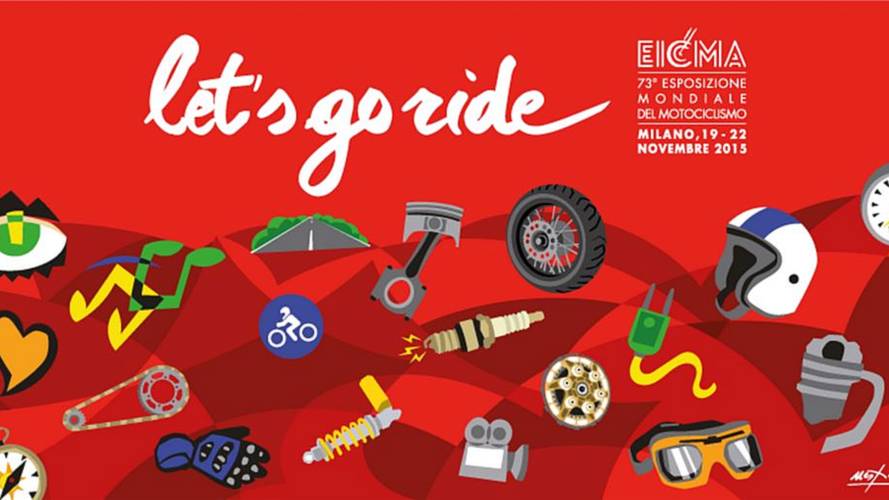 Next week will see pretty much the whole moto world rolling into Milan, Italy, for the annual EICMA show. We're expecting a lot of news from the event.

Next week will see pretty much the whole of the moto world rolling into Milan, Italy, for the annual EICMA show and I'm warning you now: we're expecting a lot of news to come from the event.

The Esposizione Internazionale del Ciclo e Motociclo e Accessori (EICMA) has gained a reputation as one of the larger and more exciting shows on the motorcycling calendar. It was at EICMA where Harley-Davidson chose to unveil its street models a few years ago, and it's also the place where Honda revealed the True Adventure concept that has since become the new Africa Twin model.

From what we've already heard, we're expecting a number of big things from this year's event, with several other surprises having been just hinted at so far. I will be there with my RideApart pants on and doing my best to get as much information out to you as soon as possible.

There have been all kinds of rumblings about what we'll see at EICMA this year. Some of our expectations are based on wishful thinking and guesswork, and some are based on utterly blatant hints from manufacturers.

What we're hoping to see from BMW, for example, falls into the first category. The company has pretty much confirmed it's working on a scrambler of some sort –– a lower-spec version of its popular R nineT that can compete price-wise against Ducati's Scrambler and Triumph's forthcoming Street Twin. But whether we'll see said bike at EICMA is an unknown.

Meanwhile, the offerings from Ducati fit into the second category. Ducati has promised several new models for EICMA. They're keeping some sense of mystery in teasing that X thing that's almost certainly a cruiser, but they're being pretty overt in hinting an expansion of the Scrambler line. It seems most people are betting on a 400-cc version of the sub-brand, which would allow the manufacturer to expand into previously untapped markets.

READ MORE: What the Heck Is Ducati Teasing In These New Videos? | RideApart

We know KTM is working on a long-distance-friendly Super Duke 1290 GT, to the extent that the Austrian company allowed certain moto journalists an opportunity to ride the prototype a few months ago. It's possible that EICMA will give us a view of the production-ready model...or you know, maybe not.

An Italian event seems a good place for another Italian manufacturer, Moto Guzzi, to unveil the cool V7-inspired bobber that was spied riding around its Northern Italy factory not too long ago. We may also see the finished product of the bagger they've been working on in order to garner U.S. sales. And hope springs eternal that they'll finally roll out a new Griso because, dang, I love that bike.

Pretty much everyone seems to think we'll see a new GSX-R1000 from Suzuki since this year marks the 30th anniversary of the squid motorcyclist's weapon of choice. In recent years though, the GSX-R1000 has been lapped in terms of performance and technology by other Japanese manufacturers, so an updated model is certainly due.

Triumph has already revealed a host of amazing things in the form of the new T-120 Bonneville, Thruxton, Street Twin, and, most recently, the new Speed Triple S and Speed Triple R. But there remains the question of that cool bobber thing that was spied in Spain not too long ago, as well as the official unveiling of the worst-kept secret that is a tweak to the Explorer.

In October, I wrote about speculation that Victory may have something big planned. The flames of that speculation were fanned last week when Victory's head of PR in the UK told me I would "definitely want to be" at its EICMA media event. True, you would expect a PR guy to say that, but I remain hopeful.

What Do You Want to See?

I'm expecting to be doing a lot of full-speed running around the Fiera Milano, where EICMA is held. With so many manufacturers and exhibitors, it's inevitable that I'll have to make some tactical decisions about how I allocate my time—that's where you come in.

I'll be working to serve as your eyes and ears at this event, so what things would you seek out? What's most important to you? If you had the opportunity to ask manufacturers questions about their bikes and their companies' directions, what would you want to know?

If you had the opportunity to view the very latest and greatest of the motorcycling world, what would you absolutely have to see in person? Let me know in the comments, and I'll do my best to get your questions answered.