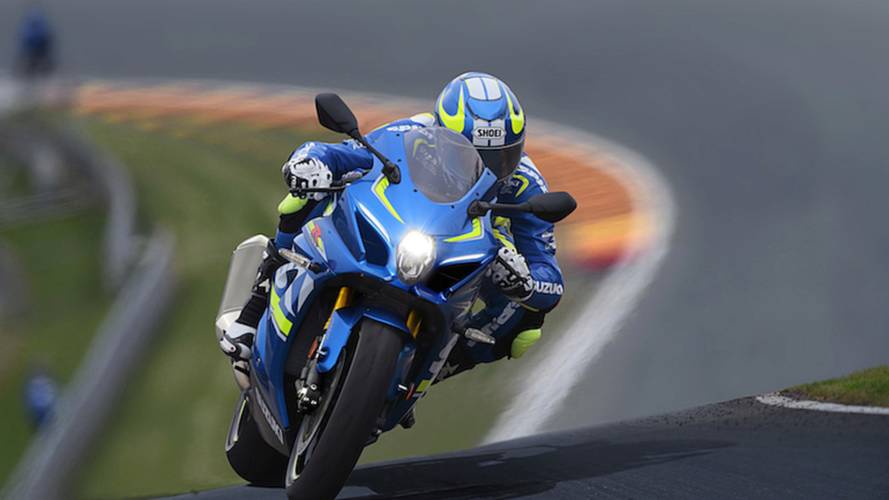 Of the dozens of motorcycles revealed at this year's massive EICMA show in Milan, the least surprising was the reworked Suzuki GSX-R1000.

Suzuki has revealed a "concept" bike that apparently represents the future of one of its most popular models.

Of the dozens of motorcycles revealed at this year's massive EICMA show in Milan, the least surprising was the reworked Suzuki GSX-R1000. A huge success for Suzuki ever since its introduction 30 years ago, the Gixxer was due for an update to keep up with the tech-laden wünder bikes rolled out by competitors.

Carrying On the Line...Down the Line

People had been expecting and calling for a new version of the bike for a while. So there were no gasps of wonder when it finally turned up on the EICMA stage. But, perhaps to add an air of intrigue, Suzuki announced that the new GSX-R1000 won't be available right away.

Indeed, the Japanese manufacturer claims the bike it revealed at this year's EICMA is really just a concept. A concept that looks pretty production-ready to my eyes (after all, you don't see many true concept bikes with mirrors and side reflectors), and a concept that has little time for tweaks before it is expected to go on sale in the latter half of 2016.

Tech for a King

Suzuki describes the GSX-R1000 as the "King of Sportbikes" and is hoping this new version will help regain the industry crown and further pull the company out of the utter misery it suffered as a result of the Great Recession.

It seems the company will be giving its best effort—equipping the new GSX-R1000 with variable valve timing, which according to Suzuki: "optimizes intake cam timing for both high- and low-speed RPM and bolsters top-end power without sacrificing power elsewhere in the rev range."

This will be the first time Suzuki has used variable valve timing in a production motorcycle. Patents filed by the company several months ago suggested plans to use such technology on what appeared to be a V-Strom 1000 engine, so perhaps more VVT bikes are on the way.

Suzuki hasn't yet offered any power figures, but it's probably safe to assume the new GSX-R1000 will deliver more than the current model's 165 hp. Helping to control all that vroom will be a 10-level traction control system—a step up from the two-level (three, if you include "off") found on the V-Strom 1000, GSX-S1000 and GSX-S1000F.

Variable valve timing and more complex traction control are just some of the ways in which Suzuki seems to be trying to get away from its reputation for making bikes that lack in modern technology and whiz-bangery.

A quickshifter will assist with gear changes both up and down on the GSX-R1000, and a feature called "launch control" will apparently help riders get a faster start by limiting revs when cranking the throttle open. The bike will also offer riders three different riding modes.

The bike will continue to feature fully adjustable Showa suspension, which Suzuki says was developed utilizing knowledge gained from racing in MotoGP.

Aesthetically, the new GSX-R1000 isn't a whole lot different from the old. Lines are now oh-so-slightly more flowing. The look of headlight is perhaps the most obvious change. It, by the way—with the taillight and indicators—will be LED.