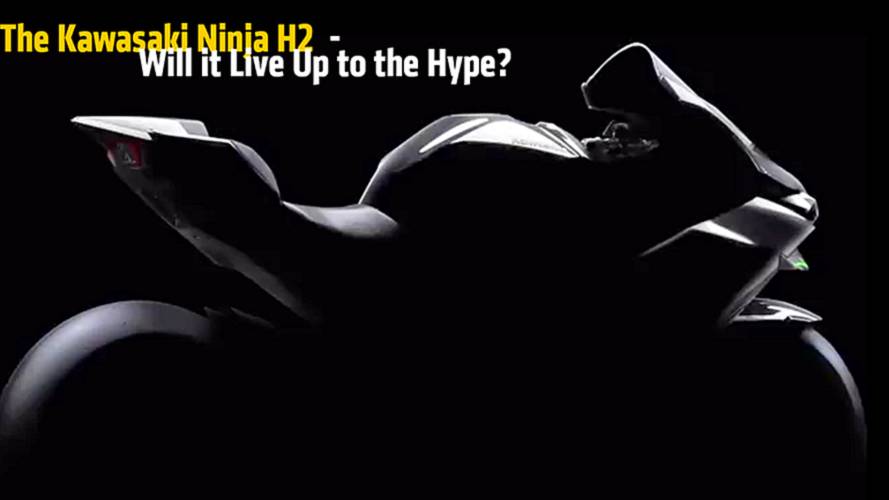 The Kawasaki Ninja H2 debuts later this month. Is it a game-changer?

Here's what we know for certain about the Kawasaki Ninja H2: it will be officially unveiled next month at the INTERMOT bike show in Cologne, Germany… that's about it.  Is the Ninja H2 the most-hyped motorcycle in recent memory? The answer is debatable - the cruiser world certainly heard the mysterious phrase "Project Rushmore" ad nauseam before those particular bikes hit the market - but given the Ninja's iconic status the case for "yes" can be made. The marketing team at Kawasaki has been working overtime to prefabricate the Ninja H2's legend before anyone outside of Big Green has had a chance to ride one. The initial press release for the new Ninja contained all sorts of teasers and cryptic language, along with the usual dash of Marketing Speak: