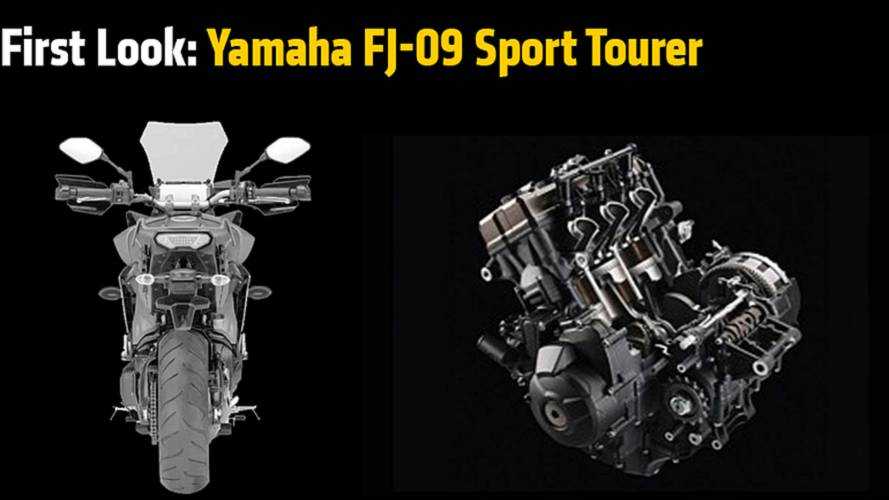 We've got pictures of what looks like Yamaha's new middleweight sport touring bike, the Yamaha FJ-09.

Back in March, we told you that it looked liked Yamaha had a new entry-level sport tourer in the works. We've got some pictures of Yamaha's next bike, and it's not quite what we and others thought it was going to be.

This much we know: Yamaha had applied for a U.S. trademark for the FJ-09 name this past spring. And Yamaha had made indications that it would use the FZ-09's 847cc triple to power future bikes (a move that despite a few misgivings about the FZ-09, we heartily endorse).

What we Know About the Yamaha FJ-09

Now comes word that Yamaha has filed for the release of a bike in Europe and other markets that will be called the MT-09. Along with that, there's this: the California Air Resources Board has approved a bike called the FJ-09 for sale in California.

And guess what: there's also pictures, which were possibly leaked when word got out of the bike's European release. Here you have it:

And from the rear:

Wait a sec, you're saying. Handguards? That hint of a beak? What kind of sport tourer is this? You sure it's not an Aprilia Caponord?

Looks alone do not an Adventure Bike make - Honda flirted with ADV styling on its CB500X, which we felt was much more at home on pavement than off. But given the popularity of ADV bikes (and the fact that when push comes to shove, most people who own them will never take them into the fields), it's not surprising that Yamaha's designers spliced a bit of ADV DNA into the FJ-09.

No word yet on when this bike will hit the market - and we don't have any other details, just these pictures, the name, and the engine. We've said it before - there's a push by Japanese manufacturers to build bikes for new riders as well as riders who are perfectly fine staying in the legal freeway speed comfort zone. And getting more people on a motorcycle can only be a good thing. The FJ-09 seems to be further proof of that, and we can't wait to take one for a ride. What do you think? Comment Below.