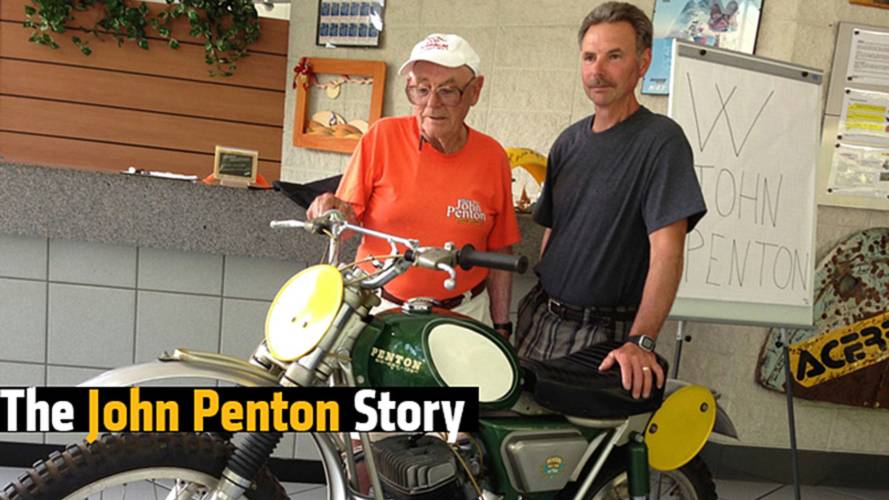 The story of John Penton put to film. Hear the words from the man himself and how he got started.

June 2007: a writer and a director traveled to Amherst, Ohio from their set location in Michigan. The purpose: to interview off-road legend John Penton. Two days later, they had seven hours of taped conversations with John and Jack Penton as well as their nephew Dane Leimbach. Dane has since passed away.

That movie has now been released and has had showings around the country. It is about the life and times of John Penton and the development of the Penton motorcycle. John was a major force in defining the lightweight, two-stroke, off-road competition bikes that came to dominate off-road in the 60's, and are still so much a part of motorcycling today. The bike that John created was built by KTM, an Austrian company that at the time only made bicycles and mopeds.  Penton motorcycles were produced from 1968 through 1977 by KTM until eventually they took over the brand. From 1978 until the present, the bikes have carried the KTM name. It's a fascinating story that will be of interest to anyone who is into motorcycles, particularly anyone who raced or rode off-road bikes in the 60’s and 70’s, and of course fans of KTM bikes.

The method of the movies release has been somewhat unique. For each showing, a movie captain will volunteer to pre-arrange the showing at a local theater on a set date. Then the captain will use local groups/businesses, social media and word of mouth to promote the movie. Tickets will be sold on line. The captain will then work to sell a minimum number of tickets to the showing. Once the minimum number is met, the showing site and date are committed. If the minimum number of tickets is not sold, all tickets will be refunded. We're hoping to see the film in its entirety; let us know in the comments if you have or if you are planning to check it out.