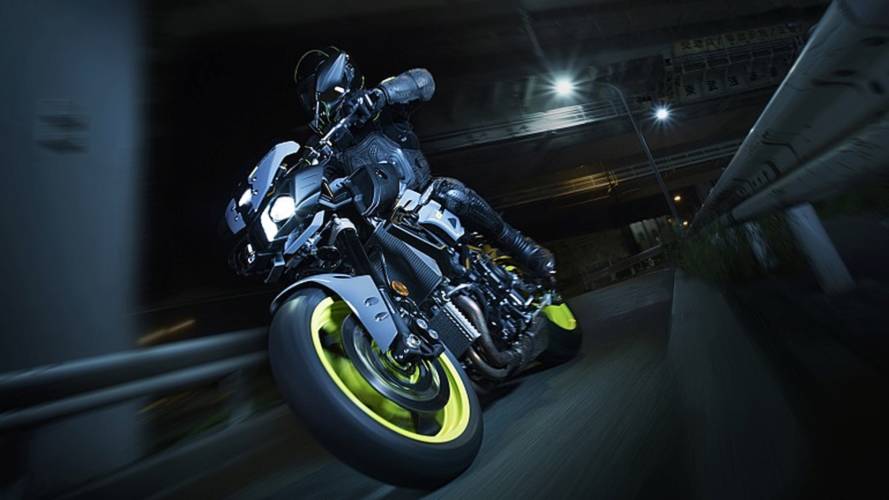 Yamaha have announced the new MT-10, a beast of a machine that clearly has the likes of BMW's S1000R in its sights.

Eager to stake its claim to glory in the increasingly popular super naked category, Yamaha have announced a beast of a machine that clearly has the likes of BMW's S1000R in its sights.

The new MT-10 was first announced at this year's EICMA show in Milan. Looking like the end result of a drunken tryst between a Triumph Speed Triple and Johnny 5, it is effectively a stripped-down YZF-R1.

That means the same 999-cc inline four crossplane engine (albeit re-tuned), which will likely belt out something north of 165 hp. It also means the same chassis, swingarm, suspension, and wheels of the YZF-R1.

In Not America, the MT-10 will sit at the head of the ever-growing MT family that has brought a tremendous amount of success to Yamaha. The MT-07 and MT-09 (aka, the FZ-07 and FZ-09 in the United States) were both listed among the top 10 best-selling motorcycles of 2015.

As with the MT-09, the MT-10 will offer a choice of three rider modes and a three-setting traction control system. The system works by constantly monitoring the rear tire for loss of traction. When this is detected, the system adjusts throttle opening, ignition timing, and fuel injection volume to help the rider regain control.

The MT-10 will also feature an assist and slipper clutch, to ease gear changes both up and down. More and more, the feature seems to be standard among this class of bike. As are the LED lights found front and back.

Perhaps confusingly, given the bike's presumed twisty-tackling purpose, cruise control is also standard. Would this really be your first weapon of choice for touring?

Maybe we're just failing to be imaginative, after all, those are upright handlebars on the bike. And Yamaha stressed that the bike has been designed to facilitate customization with a number of Yamaha accessories, such as screens and bags.

That being said, you're not likely to be tackling the Dalton Highway with the MT-10's 17-liter (4.4-gallon) tank.

Meanwhile, dual 320-mm diameter floating front discs help provide the "whoa" for all the MT-10's "go," along with a single 220-mm disc in the rear. ABS is standard.

The bike will be available in Europe from May 2016. However, in yet another sign that Yamaha doesn't think Americans deserve nice things, there don't appear to be any plans to release the bike Stateside.