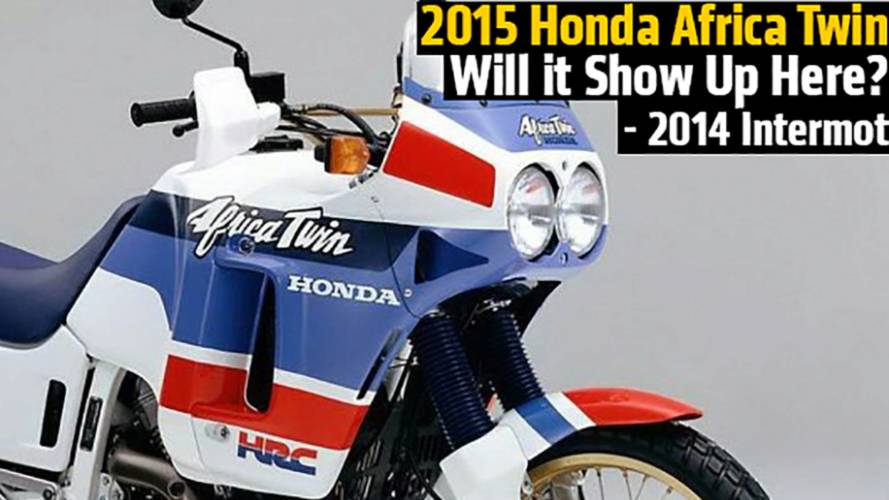 Here is what we know so far about the possibility of the return of the Africa Twin. Honda filed a patent for a new air box design. They renewed their trademark on several models. The Africa Twin and Elsinore were chief among these nameplates that were resurrected.

In an interview last year the GM for Honda spoke cryptically about the possibility of a new Africa Twin. This basically sent the ADV writers of the Internet into a full blown tizzy. (Sadly this includes me.) At this point the rumored Africa Twin is the proverbial white elephant. It is believed by many to be the single greatest adventure bike ever made, capable of leaping mountains in a single bound, traversing terrain lesser machines can only dream of, with the ability to carry twice its weight while weighing under 400 pounds. Hopefully Intermot will reveal the truth and it will come close to living up to the hype!

READ MORE: A Short History of the Adventure Touring Bike