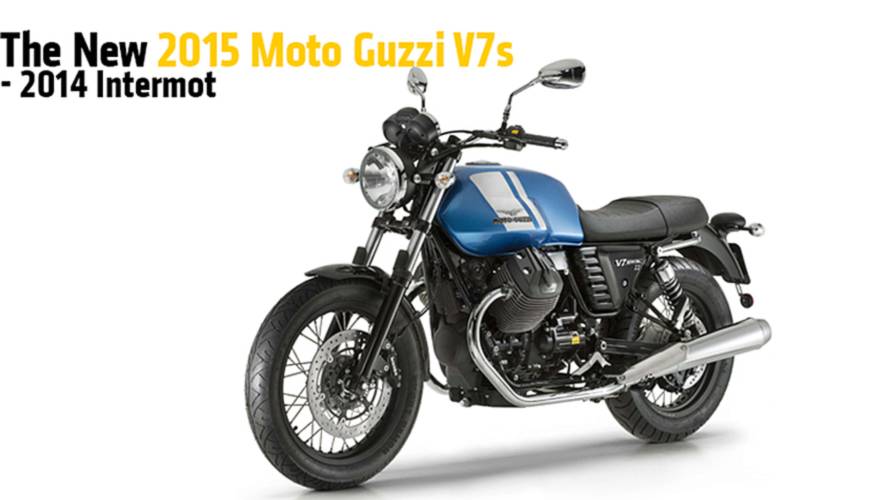 Lost among the myriad of announcements coming out of Intermot was Piaggio Group's Moto Guzzi. In part because they didn't announce much and because what they did announce was a simple model refresh, a worthwhile upgrade to their best selling V7 model line. Also an interesting option against the new Ducati Scrambler as both hit similar price points and features. Moto Guzzi also announced a special-edition Griso.

For 2015 Moto Guzzi adds two channel ABS and traction control to the V7. Outside of the new Scrambler this is the only other bike that offers these options in the category. They also tilted the engine forward and and lowered it in the chassis to provide more leg room for the rider. Then they lowered the seat and the pegs to reduce reach to the ground while maintaining the riders triangle. All of this should feel like you are more in the bike when riding.

The biggest change however is the new 6-speed transmission instead of 5-speed gear box. As an owner of a Triumph Scrambler with a 5 speed, a close ratio 6 speed will definitely give the competition one up. Makes you wonder why Triumph only announced new paint and graphics for their Bonneville line.

The other model announced is an SE edition of the Griso. Complete with new Graphics, Special Seat Stitching, Racing Footrests, and well not much else. The Griso is a great motorcycle and for a relaxed gentleman's sporting bike it really can't be beat.