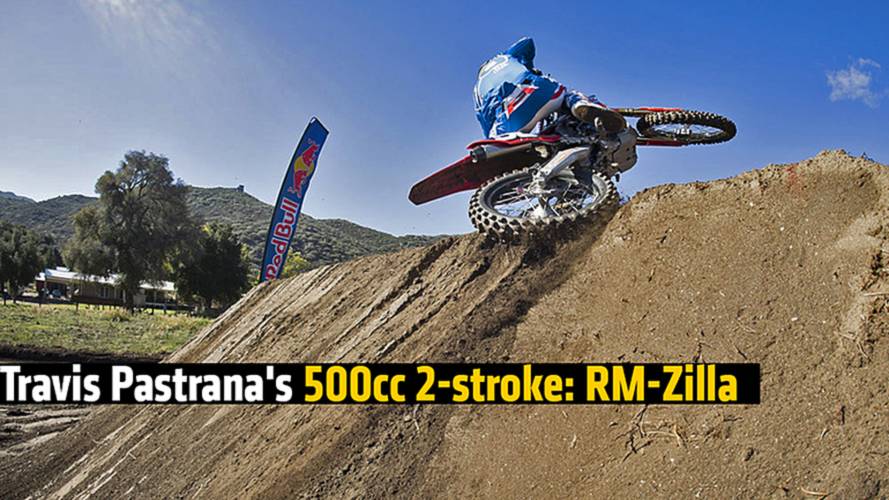 We'd been bugging the guys at Red Bull and Travis Pastrana's crew for details on his bike he plans to ride in the unlimited class at the Red Bull Straight Rhythm event this weekend. Finally, we've got the details: it's a 500cc, 2-stroke beast crammed into a 2009 Suzuki RM-Z450 frame.

When we say crammed, we mean it, as according to Pastrana’s team the frame was cut into three pieces and stitched back together to make the engine fit. Pastrana hasn’t raced a professional motocross event since the 2009 St. Louis supercross race. Since then the bike was outfitted with the larger-cc 2-stroke, as the previous race had engine-size restrictions, of course.

There have been some minor adjustments made to the bike like a FMF pipe and the suspension was set up for how Pastrana likes it, with his personal favorite gearing and rebound settings.

Pastrana says he’ll be trying to jump over the course as much as possible rather than riding low and fast, like other riders. That’s Pastrana fashion, as he might not win, but he’ll probably give the best show out of anyone there.

Will you be there tomorrow at Pomona for the event?