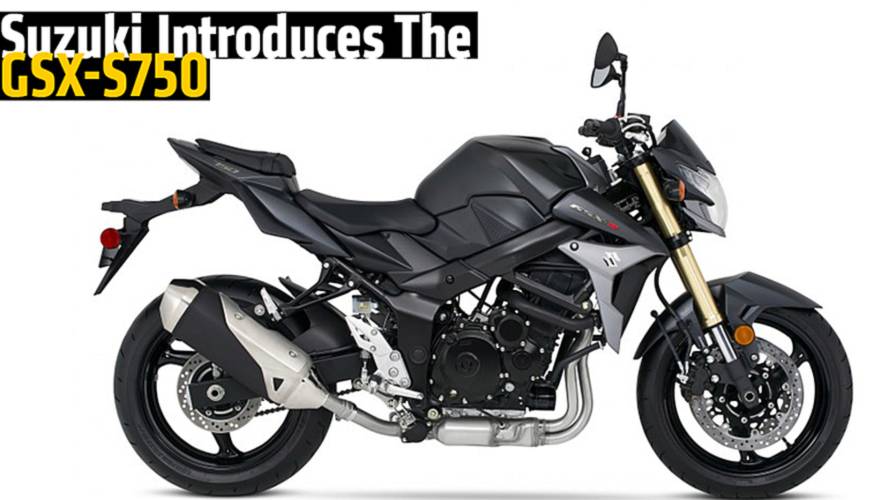 Suzuki is tossing its hat into the U.S. middleweight naked ring; late last week, the brand announced the introduction of the GSX-S750  and slightly upgraded GSX-S750Z to the American market.

The bike’s been available in Europe as the GSR750 since 2011. Although there wasn’t a whole lot of fanfare accompanying the announcement (the GSX-S750 was, not surprisingly, not a major part of Suzuki’s Intermot efforts), Suzuki isn’t being shy about their vision for the bike. Suzuki cites a 4.1% increase in standard bike sales, and are seemingly positioning the GSX-S750 as a competitive option for buyers looking at Yamaha’s FZ-07 and FZ-09 models.

From Suzuki’s press release: "Bringing a new level of performance to inline four-cylinder streetbikes, Suzuki is excited to introduce the 2015 GSX-S750 and GSX-S750Z, motorcycles that are sure to shake up the popular “streetfighter” class. These 750cc thrillers delivered balanced performance that is bred from the heritage of the GSX line and reimagined for the street. With an upright seating position, Renthal aluminum Fatbar handlebars, and potent 749cc fuel-injected inline four engines, the GSX-S750 and 750Z are ready to carve corners and turn heads out on the street."

READ MORE: 5 Reasons You Should Ride A Naked Bike

To paraphrase Inigo Montoya, we’re not sure that the word “new” means what Suzuki thinks it means: those looking for a “new” Suzuki inline four aren’t going to find it on this bike, as it’s powered by an engine that’s been in production for at least four years. And those looking for an ABS option will be disappointed (as is this author, who feels that there’s no reason not to give street riders who want ABS the opportunity to have it).

Nevertheless, there’s definitely some appeal here for riders who are looking for a mid-level streetfighter. Claimed curb weight of 470 lbs and a seat height of 32.1 inches, along with presumably manageable power (Suzuki has not released performance data for the bike’s engine) make it approachable. Those who like the angular styling found in Yamaha’s FZ models will like the looks of the GSX-S750 and 750Z; we’re suckers for gold-anodized fork tubes. The big draw here for those looking to choose between this bike and the FZ-09 might be the price: MSRP for the GSX-S750 will be $7,999, and will be $8,149 for the S750Z. (No performance difference between the two; the S750Z simply sports the blue and white color scheme.) That’s right on par with Yamaha’s pricing for the FZ-09. We’re eager to see how the GSX-750 performs and if it’s going to give the popular Yamaha bikes some real competition. What do you think? Does Suzuki have a potential winner with the GSX-S750?