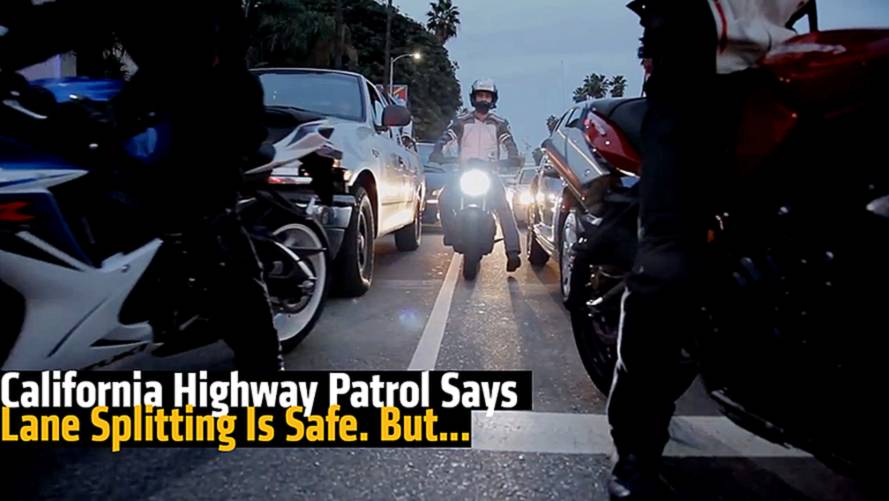 A new study by UC Berkeley and the California Highway Patrol tells us what we already know: when done right, lane splitting is no more dangerous than regular riding.

We’re pretty lucky here in California: we can ride year-round thanks to our great weather (at least in Southern California), we have In-N-Out Burgers to sustain us on long road trips, and we can split lanes. This isn’t a luxury as much as it's a necessity: if you’ve spent any time on the often packed freeways here, you know that lane splitting can save a rider time – as well as his or her life. But the question is still asked, by cagers and even some riders: we can split lanes, but does that mean we should?

The answer, according to a new study conducted by researchers at the University of California, Berkeley, is “yes”. (But that “yes” comes with an asterisk. More on that in a second.)

in the California DMV’s latest driver’s handbook. Berkeley researchers reviewed thousands of motorcycle accident reports from around the state, and came to a somewhat simple conclusion: that when done at safe speeds, splitting lanes is no more dangerous than riding in general.

And there’s the caveat: “at safe speeds." The study revealed that when riders split lanes at speeds over 10 mph faster than the flow of traffic, the risk of an accident increased. The study also revealed – not surprisingly, given the stop-and-go nature of California freeway traffic – that riders were more likely to rear-end another vehicle when splitting lanes.

Finally – and this should surprise absolutely no one – the chances of getting into an accident when splitting lanes increased during the morning and afternoon rush hours.

There’s probably nothing in this report that’s revelatory to any rider who’s spent time on the California freeways – or even some of our busier urban surface streets. But it’s an important study nonetheless; there’s finally some concrete data showing that lane splitting isn’t as dangerous as most non-riders seem to think, and it’ll give some ammo to groups in other states who are lobbying to legalize lane splitting.

What do we think about lane splitting here at RideApart? We prefer to show, rather than tell:

UPDATE: The actual study is now available online; here's a link to it.

What Is This Weird Mystery Motorcycle Engine Bonhams Is Auctioning Off?
The Long Way Up Coming To Our Screens On September 18
MV Agusta And Akrapovič Strike Up An Exhaustive Partnership
2020 KTM 200 Duke Shows Up In U.S. CARB Filings
Honda India Bike And Scooter Sales Picking Up Steam In July 2020

What Is This Weird Mystery Motorcycle Engine Bonhams Is Auctioning Off?
The Long Way Up Coming To Our Screens On September 18
MV Agusta And Akrapovič Strike Up An Exhaustive Partnership
2020 KTM 200 Duke Shows Up In U.S. CARB Filings
Honda India Bike And Scooter Sales Picking Up Steam In July 2020
Commenting Guidelines