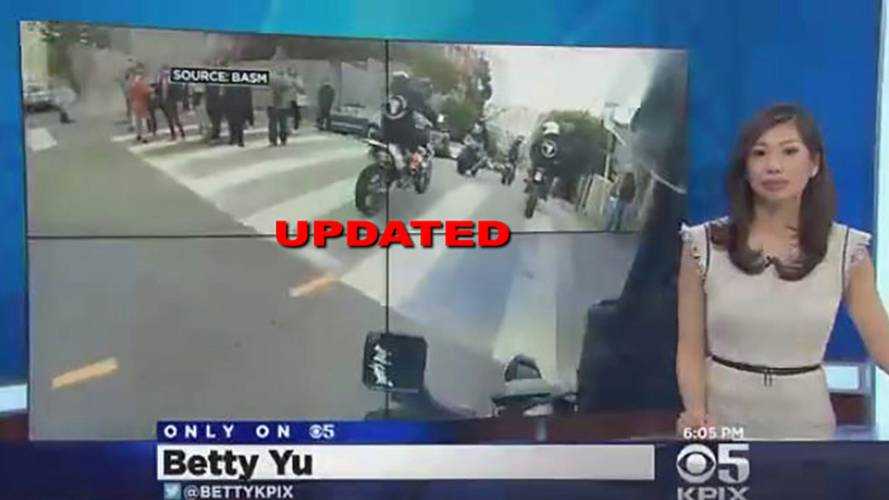 Cop Loses his Job for Being "Good Job" Local News

This post raised the ire of many of our readers yesterday, and rightfully so.  Rather than presenting the story and making a reasonable case for an editorial opinion about a cop losing his job, I took a short-cut and missed the mark with a click-bait headline.  The story as was posted was a mistake. I apologize for getting it wrong.

My point was supposed to be about about the shaming and fear-mongering that we see on local news around the country. However I overstepped in this example to make a point. The hyperbole of the headline was meant as an attention-grabber, but no doubt went a step too far. I suppose that my gut reaction to the gloating I perceived from the newscasters pissed me off and I used the megaphone of RA to make that point, but clearly missed the mark.  Ultimately, the salacious nature of the headline made me guilty of the very type of reporting I was attempting to criticize.

Do I condone the actions of the Sheriff's Deputy, no. Was it worth his job? I'm not sure, and that should have been the thrust of the post.  Like the police, who we hold to higher standards, I too as a writer on a public forum should have been more responsible with the publication of this post.

So on the record, I stand corrected.  The post was an error in judgement and I resolve to do better for our readers in the future.  Jim Downs

Investigative TV news journalist Betty Yu from KPIX CBS in San Francisco, California recently ran a story about a local sheriff's deputy, who was seen in youtube videos stunting his Supermoto bike around San Francisco.  Her hard hitting report it seems, ultimately cost the cop his job. Here's the report:

ONLY ON 5: Turns out the man flaunting his stunts on YouTube and social media is a Bay Area sheriff's deputy. Tonight Betty Yu learned not anymore:

The former Deputy is member of the motorcycle club, Bay Area Supermoto (BASM), which Yu describes in her fine piece of journalism, as a "gang." She goes on to demonstrate her investigative prowess with an insightful observation about not being able to see a license plate on the cops bike, following up with the sensational and patronizing remark, "IS ILLEGAL."  And just in case we didn't know that, made sure to have gotten it corroborated by the San Francisco Police Department.

Way to go local news.  Fine work protecting the public good.  I can imagine the KPIX News Director and Producers, giving hi-fives and gloating as they gear up to go chase an ambulance somewhere.  Bravo.  Citizens of the San Francisco Bay area will all rest easier knowing that a sheriff's deputy, is now jobless for what in our estimation was little more than some harmless hooliganism.
Good work, Betty,  Make sure to keep your "Cop Loses His Job," story on your reel for the Local Emmy Awards.