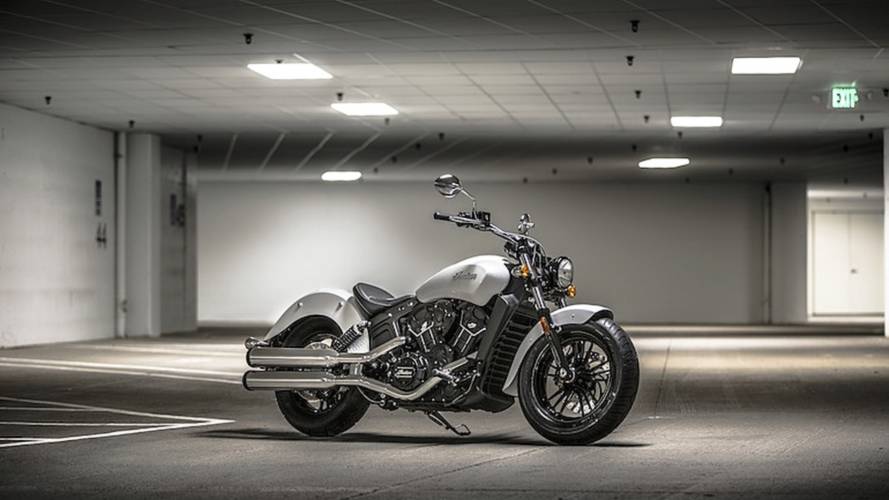 Who exactly is Indian targeting with the new Scout Sixty?

Less than two months have passed since Indian's new Scout Sixty was unveiled in Milan, and the classically styled modern cruiser has already racked up a fair amount of accolades.

I've yet to ride the bike myself (I'm working on changing that soon), but by the accounts of other moto journalists, the 999-cc Scout Sixty maintains all the positives of the 1131-cc Scout from which it is derived. The Scout Sixty loses a little bit of horsepower to its bigger sibling, as well as a sixth gear, but also sheds $2,300 from its US price tag.

That's no small amount. With the money saved you could spend a full two weeks staying at the Holiday Inn Express in Clute, Texas. Why you would want to do such a thing, I don't know; the point is that you could.

So, Why Not Just Buy  Scout?

I like the Scout Sixty, but ever since it was revealed I've struggled to understand who it's for. What segment of the motorcycling population does the Scout Sixty reach that the original Scout does not?

When you have two bikes that look almost exactly the same, it's obviously not a case of appealing to different tastes as might be the case with, say, Harley-Davidson's Iron 883 and Sportster 1200 Custom.

A common tack adopted by many moto-journalists (including myself when I first wrote about the bike last November) is to suggest the Scout Sixty is aimed at new and returning riders. But, really, I don't think that explanation holds much water.

Ignoring the fact that buying a brand-new bike as your first is a terrible idea—there's nothing about the original Scout to scare off newbies. I've ridden it, and although it possesses a claimed 100 hp, it's far from being an untameable hell beast. Power delivery is smooth and manageable, especially if you adopt the traditional cruiser technique of short shifting.

Actually, perhaps I'm looking at this the wrong way.

The major difference between the Scout and Scout Sixty is 22 horses: the Scout makes 100 hp, the Scout Sixty delivers 78 hp. That latter number is still plenty. More than plenty. It's more than you'll get from a Harley-Davidson Sportster 1200 (65 hp), and considerably more than the 54 hp offered by Triumph's new Bonneville Street Twin. It's more, even, than the 75 hp produced by the Ducati Scrambler, which is a bike everyone tells me isn't comparable to the Scout Sixty even though I think it is.

On paper, the Scout Sixty outmatches almost any bike you might choose to compare it against, and a fair few that you wouldn't. So, perhaps the real question is: Why would anyone buy a Scout instead of a Scout Sixty?

Has Indian shot itself in the foot by delivering a bike that is almost in every way as good as the Scout while costing $2,300 less? Probably not. But I'm stumped in trying to determine the sense of this situation.

My guess is that before long, possibly within the next eight months, we'll see the two models heading in different stylistic directions. Maybe the larger-engined Scout could be reworked into a kind of touring platform. After all, a liquid-cooled engine comes in handy when covering long distances in summer. Or maybe, as hinted by the Roland Sands flat trackers, Indian could use the Scout Sixty to finally fulfill my wish for a scrambler (or any sort of standard).

It's exciting to think of where the Scout and Scout Sixty could end up, but I'm still confused by where they are now.