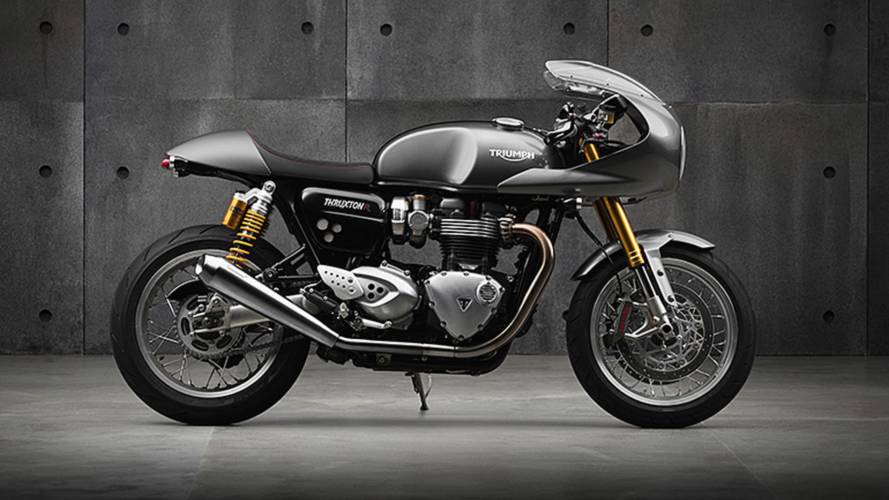 Thruxton to lanesplitting to AMA Flat Track...2016 could have a lot in store for those on two wheels.

Rubber side Down: Triumph’s revamp of the modern classic line up has been well received in first ride reviews and among industry peers. Though many—including myself—have speculated the cafe-racer genre might be toward the end of its trend, or that Triumph is a bit late to the table with these new bikes. That assessment may be premature.

I believe that the British Marquee’s doubling down on their signature models will pay off specifically with the Thruxton R. This bike has been so damn popular over the years that the new ones are going to be highly coveted. The trick will be for the Thruxton R to set a new standard in hybridizing cafe racers that don’t skimp on performance and style.

I predict Triumph pre-selling over 500 of their awaited race-spec Thruxton's before they are even uncrated here in the United States. They have already sold 250 of their limited gold emblazoned clutch cover editions. I see Triumph investing some effort in the Thruxton Cup race series to showcase the bikes potential, but not until next season. Their focus will be on sales this year, which will be as easy as fishing with dynamite.

Rubber side up: It’s hard to come up with negatives. I sat on the new Thruxton R here in Los Angeles during Triumph’s Bonneville tour in January. Everything about the bike screamed improvement over the old model. The only downside with this bike will be price tag. I believe it’s going to be hard for some to swallow. I predict the Thruxton R to hover around $14,500 putting it in the same range as BMW’s R-NineT. That’s a heavy chunk of change for a "cafe racer” when you can get a lot more motorcycle performance for less money elsewhere.

Rubber Side Down: The rest of the country or select states will see the benefit. If you ride a motorcycle in California, you know that lane splitting/lane sharing is just better. That’s my mentality as a motorcyclist who splits lanes like one boss mother f**ker.

I predict that a one or two more states this year will reach some kind of terminus on this issue and pass legislation enabling lane splitting for motorcyclists. I believe it's inevitable, but that’s because I'm a hopeless optimist and because the AMA continues to invest considerable effort in lobbying. California or some other hippy, liberal state is going to be the forerunner because let’s face it, we have more ride days out of the year and know what we're talking about.

Rubber Side Up: Everything stays the same. But ask me how much I care because I live in the Union’s “Nanny State” that already allows me to get away with lane splitting. The down side is the rest of you, my fellow out-of-state motorcyclists are not experiencing the bliss of getting anywhere you want, whenever you want on you motorcycle. That saddens me.

Rubber side Down: AMA Pro Racing has some new blood in the form of a CEO who is not a moron and has the balls to do some good. Michael Lock had his hand in bringing Triumph back to the United States in the early 90’s—he ran Ducati North America and also served as Lamborghini’s COO.

I'm predicting we are going to see a lot more adventurous pushes to get the populous’ eyeballs on a sport that needs to be seen in person. I implore and predict the AMA to do something ballsy like rent out the Santa Monica Pier, hard pack the beach, run a race with the top most talent in the summertime, and force the population to watch how badass racing around an oval really is. Hell, half the country loves when cars do it, make them love it when it’s on two wheels.

Also invite some celebrities to run a race. Could you imagine David Beckham, Bradley Cooper, Keenu Reeves, Michele Rodriguez, Tom Cruise, Angelina Jolie and Norman Reedus battling it out for a charity of their choice?

Rubber side up: AMA Pro Flat Track has a lot going for it, but also has a lot going against it like a fear to take risks. It is just motorcycles racing around a dirt oval, and if you aren’t there to see it in person, it’s really hard to get hooked. If the AMA doesn’t seriously invest in its racing series it’s going to continue to stagnate and die, which is sad because getting a bike sideways and watching one go sideways is pretty insane.

Catch up on the rest of RideApart' 2016 Predictions: