Riding On the Wrong Side of the Road: Does it Matter Where Stuff is Made? 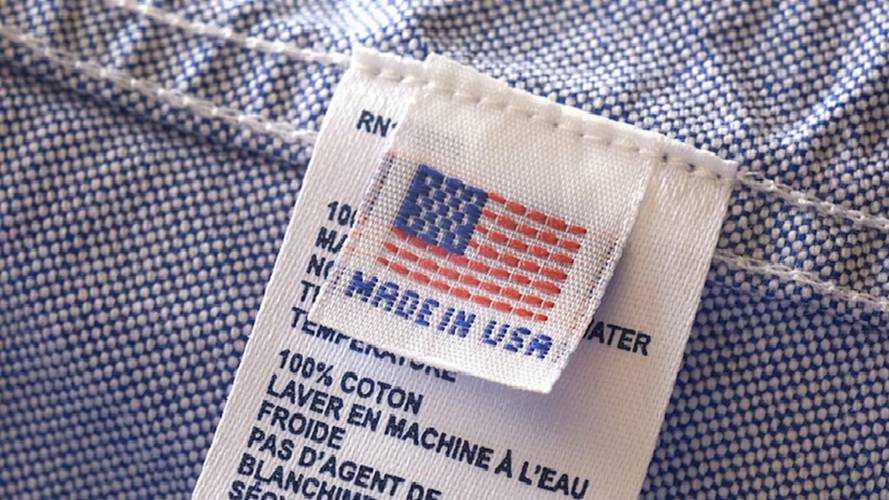 Does it really matter where your riding gear came from?

Riding on the Wrong Side Of the Road

Thoughts, Observations and Commentary from an American Motorcyclist Living in The United Kingdom

Does it Matter Where Stuff is Made?

I've become obsessed with the idea of getting an Aerostich Roadcrafter, the famously unsexy safety onesie favored by adventurers and moto-journalists.

I mean, just about every two-wheel-loving scribbler out there seems to wear one: John Burns, Jamie Elvidge, Marc Cook, Gabe Ets-Hokin, that guy who goes camping with dogs... And since I've been known to describe myself as a moto-journalist––primarily just to annoy my father––I feel I should look the part.

But also, 'Murica y'all. Roadcrafter suits are made in the God-blessed United States of USA Land–– specifically Minnesota, where I spent many of my formative years–– and the idea of being able to represent my home country every time I ride hits the semi-illogical pleasure center of my brain where patriotic thoughts are most often stored.

Indeed, I think that may be the main reason I want an Aerostich: patriotism. But I'll admit to being a man of fickle allegiances. I've lived in Her Majesty's United Kingdom of Great Britain and Northern Ireland for almost 10 years now, and I've developed some affection for it. As such, there may be an argument for my buying one of the textile suits made by Hideout, a company based in the English county of Hertfordshire.

I've met some of the women who run and work at the business, and that humanizes the product for me. It makes the idea of Hideout gear feel more important, more special.

In both cases––Aerostich and Hideout––the goods are said to be of extraordinary quality. And with that, comes an extraordinary price tag. In the case of the 'Stich, you're looking at shelling out upward of $1,700 for a suit with additional bells and whistles and some tailoring. Meanwhile, a two-piece from Hideout easily heads north of $2,300.

That's eyewatering, but keep in mind a two-piece from Rukka can put an equally large hole in your wallet: about $2,200. Buy the best two-piece suit Klim has to offer, and you could end up paying more than $2,500.

In my mind, I've dismissed those last two. Rukka gear comes from China, and asking the origin of Klim stuff results in a murky, apologetic admission that it comes from a lot of places, none of which are the United States.

All of this is academic, of course. I have nothing close to the money needed for even the least-expensive of these options. But I tell myself that if I did"––I would want my gear to be "local (local either to where I'm from or where I am presently).

This speaks to an idea of goods origin that I've been developing recently. I want my stuff to come first and foremost from 'Murica, but if that's not possible, I'd like it to be from the UK or Ireland. After that, Canada and Mexico, then the European Union, and finally, any one of the other 75 countries at the top of the Democracy Index.

But, of course, that's hard to do. I'm writing to you on a device that was assembled in China: A country listed well below those top 75. And in inspecting the labels on the clothing I'm wearing right now, I'm only scoring 1 out of 5 in the conscientious buying game.

Meanwhile, perhaps simply to assuage feelings of guilt, I can't help asking myself if it really matters.

The Klim Adventure Rally jacket (just the jacket) can cost as much as $1,600

I mean, let's say I had the money for one of Hideout's fancy, made-to-measure get-ups. I don't know their gear to be demonstrably superior to, say, Rukka or Klim. Hideout suggests as much, but you'd expect it to say that. Finding independent reviews to back up that claim is a challenge (equally, I can find no negative reviews). Still, I'd choose the UK brand because it's a UK brand. Because I've met some of the people who make it, but more broadly because I like the UK.

Effectively then, I'm deciding that something is "good" because its staff and manufacturing facilities are located in a place that is familiar to me. I assume they are people "like me" –– people who share the same Western values as myself, whose ideals align with my own. Is this silly? Is it jingoistic? And more importantly, does it matter?

The Vietnamese guy or gal who made the Triumph-branded riding suit that I wear at the moment is probably a cool person. But if he or she isn't, who cares? And what does it matter if he or she agrees with my world view? I bought the suit because it was the best thing I could afford at the time, and it's held up pretty well over the 21,000 miles I've worn it thus far. Shouldn't that be what matters?

Maybe. I clearly haven't gotten my undies in a twist over the fact that I don't ride a motorcycle that was made in the US or UK. For all my pro-Minnesota blustering I don't (yet) have a Victory or Indian in my shed.

I honestly can't decide which is the correct position to hold. I can't decide if "local" is actually important or if I just feel that way. I will say though, that none of this pondering has stopped me from setting aside money each month for an Aerostich. And when I finally do get one, you can bet I'll be paying the extra $15 to have them sew on an American flag.

If they can scrounge up a Minnesota flag, I might have them sew on one of those, too. Because who wouldn't want to be associated with the home of Prince, Dairy Queen, and Great Clips?