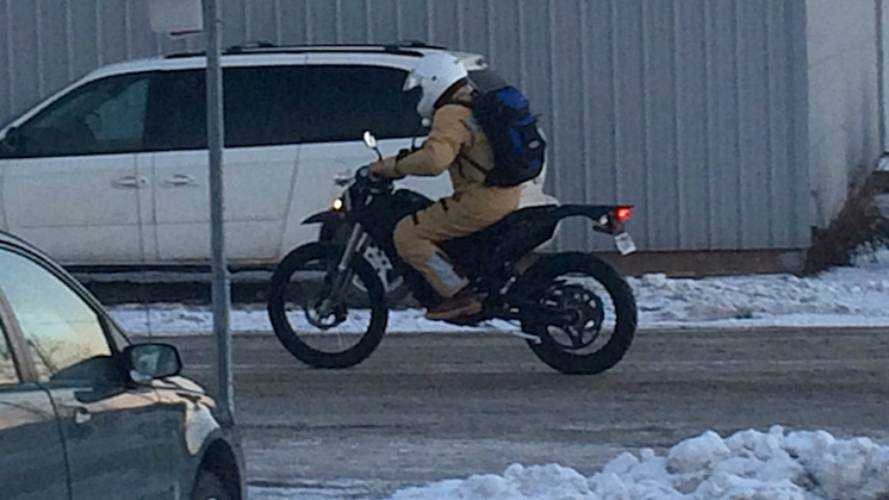 Aerostich is putting the Zero FX through frigid hell so you don't have to.

Eager to prove that electric motorcycles are viable transportation, or that motorcycle commuting is possible in winter (or that they're simply not right in the head), the staff at Aerostich will be testing whether a Zero FX electric motorcycle can sustain a winter of daily use and abuse in one of the coldest cities in America.

Aerostich, of course, are the makers of the Roadcrafter line of riding suits that I was swooning over in a recent article. Headquartered in Duluth, Minnesota, the company targets its wares at that sort of rider whose dedication to motorcycling has gone far, far, far beyond the "hobby" stage.

Partially to test the quality and reliability of the company's own gear, Aerostich staff will be spending this winter using a Zero FX as their "winter beater," leaving it outside in the elements at all times and not bothering to wash it.

That Aerostich is doing this makes sense to me because people from Duluth are generally odd ducks. I went to college for a few years in Northern Minnesota, and all the cool kids were from Duluth. They were "cool" in that they were weird.

A girl named Kiersta stands out in my mind: wavy red hair, milky white skin, and a tramp-stamp tattoo of the word "Duluth" inside a heart. Her kisses tasted of menthol—not menthol cigarettes, straight menthol...as if she consumed spoonfuls of Deep Heat. She believed in trolls, concocted her own tea blends, and made me listen to hour upon hour of trip-hop. I was going through my awkward Straight Edge phase, so had to suffer this sober. However, I didn't mind when Kiersta was naked.

I digress. The point is: People from Duluth are unique. They are unique because Duluth is unique. Culturally isolated and en route to nowhere, the city is one of the coldest places I have ever been –– even in summer. Fierce winds tear from the lake and rip into you like a wire saw. You have to be hardcore to ride there, especially in winter.

Looking at the forecast, high temps in Duluth this week won't surpass 18ºF, lows will reach -16ºF. That's pretty tepid by Duluth standards; it can get much worse. I can't stress enough just how awful the place can be. Also, most of Duluth is built on the side of a 700-foot hill, which makes being on ice even less pleasant.

I once had the battery of my pickup die after just one night in Duluth, so it will be interesting to see how the nothing-but-battery Zero FX holds up. To help combat this, Aerostich have designed a plug-in blanket that's effectively a bike version of the company's heated vests.

Other modifications include heated grips, outlets for heated clothing, and lightly studded tires. Emphasis on "lightly" because I'm pretty sure such a thing isn't strictly legal on Minnesota roads (though, Aerostich may be able to get away with it on a technicality). Beyond that, however, the Zero is pretty much stock.

Heated grips have been added

Built For Warmer Weather, So What?

Zero Motorcycles, of course, is based in California and although that state has its fair share of cold spots too, you'd imagine the Zero line was designed with the warmer parts of the Golden State in mind. Considering the forward-thinking bikes can cost almost $20,000, you'd also expect that they are used to being pampered.

Using heated grips and plugging in heated vests will draw additional power. Zero offers a five-year/100,000-mile warranty on its power packs, but you have to wonder if the company considered this kind of extreme use when it decided to make that claim.

Meanwhile, the lack of regular washing means the bike will be subjected to the tons of road salt that gets dumped on Minnesota roads, forming into mountains of "snirt" (snow+dirt) that build in the corners of local parking lots and as disgusting stalactites hanging from car undercarriages.

Also, the Zero FX has belt-driven final drive. Will that belt hold up in the extreme cold?

Winter in Duluth can last well into May. But I'll be honest: I'm not optimistic that Aerostich's Zero FX will be able to do the same. It will certainly be interesting to see how things progress.

We'll be keeping in touch with them over the coming months, but you can also follow the story via the Zero Below Blog on the Aerostich website.

This was the webcam view from Aerostich HQ on Thursday morning. Imagine the joy of riding on that icy, packed snow.