Automatic Braking Systems On Motorcycles, Do We Need Them? 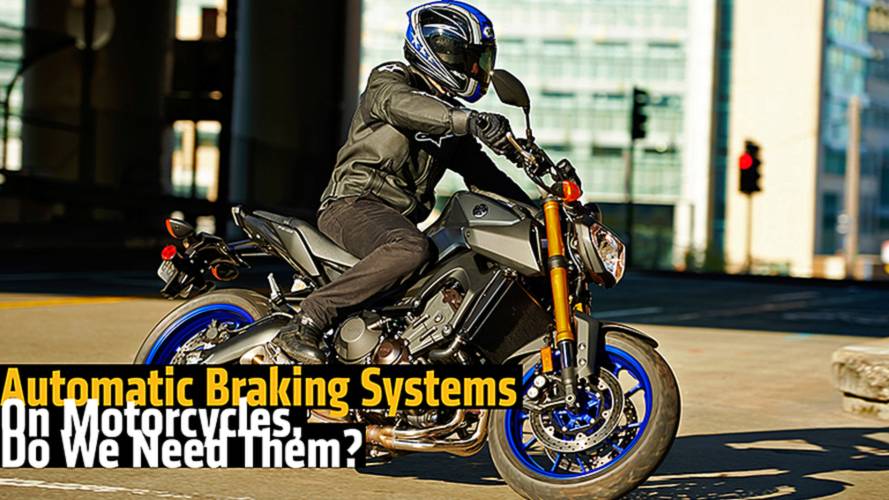 There's a new kind of ABS being developed for motorcycles - automatic braking systems. One researcher thinks it can significantly reduce fatalities.

There's an ongoing and lively debate over anti-lock brakes on bikes, and whether or not they should be mandatory. Let's take that debate one step further - what about fully automatic braking systems?

Self-driving cars are a hot topic right now, from cars that can parallel park themselves all the way up to Google's attempts at creating a fully self-driving automobile. There are a number of arguments being made for the Self-Driving Car; chief among them is the belief that driver-caused accidents will be reduced, in part thanks to RoboCar's superior quick-braking ability. The theory is that a computer's ability to quickly process information returned to it via sensors makes for faster reaction times - and eliminates error judgment caused by human emotions, namely fear and panic. But would automatic braking systems work on a motorcycle?

One researcher seems to think so. In an article appearing on News.com.au, Australia-based researcher Dr. Giovanni Savino makes his case for mandatory emergency auto-braking systems on bikes. Savino researched over 200 motorcycle accidents in Europe and Australia from 2009 to 2014, and came to the conclusion that auto-brakes would make a difference in as many as one-third of "serious crashes".

ABS or no, you'll still need to know how to use these.

Now, before you scoff (and there are plenty of legitimate questions to be asked here), it should be noted that Savino is not a wide-eyed anti-motorcycle kook. He's actually made a career for himself studying the physics of motorcycles, and was even commissioned by Ducati to create a Physics of Motorcycles class for high school students at Ducati's factory in Borgo Panigale. And the automatic emergency braking system he's proposing for motorcycles isn't just theoretical - it's being tested, in Dr. Savino's ABRAM (Autonomous BRAking for Motorcycles) project. In this video, you can get a rider's-eye view of the AEB in action:

So that answers the first question most of you probably had: wouldn't the rider just fly right over the handlebars? In his trials, Dr. Savino isn't automatically applying the brakes per se; instead, engine power is reduced at random times, simulating the effects of a proposed AEB system. A production AEB system would work in a similar way, according to Dr. Savino; collision detecting sensors would transmit information to the AEB, which would first gradually apply the brakes, and then increase braking to bring the bike to a safe and controlled stop. Basically, the bike wouldn't allow the rider to panic-pull the brakes. On his website, Dr. Savino reports that while there may have been some anxiousness from riders who weren't used to having their bikes suddenly decelerate without warning, that feeling lessened as they became used to the system.

We should keep in mind, however, that this project is in its early stages. And lots of work needs to be done. But it's worth bringing up a few points of discussion. First, is an AEB putting the cart before the ABS horse? There are still plenty of bikes that don't come equipped with ABS, and while it's safe to say that most drivers wouldn't buy a car without it, many riders aren't convinced that ABS is a good thing as it can give riders - especially new ones - a false sense of security at best, and at worst may lead to new riders not bothering to learn proper braking techniques. Second, while the AEB system may work at the speeds at which Dr. Savino tested it, automatic emergency braking at high speeds is a entirely different animal - and how would it work given that one of a rider's best defenses against an accident is speed and maneuvering?

READ MORE: Watson On The Future of Motorcycle Engineering

It'll be interesting to see how Dr. Savino's work unfolds. You can follow his progress at his blog. And of course we want to hear your thoughts on automatic braking systems for motorcycles in the comments section.