Riding on the Wrong Side: The Problem With Custom 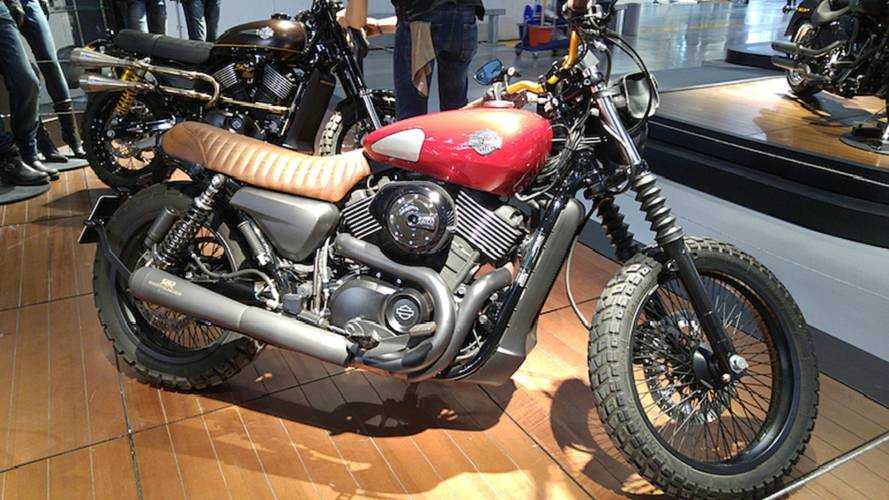 Manufacturers sure do love to designate some bikes as "great for custom." But what does that really mean?

I spend a lot of time playing the "What I Want Next" game, daydreaming about the dozens upon dozens of bikes I'd like to own. And as a result, I spend a lot of time reading reviews and descriptions of bikes. One sentence that occasionally shows up, which annoys the heck out of me, is: "This motorcycle makes a great base for customization."

My level of annoyance varies depending on the bike, of course. I don't feel too upset when the base in question is something like the Triumph Street Twin or Indian Scout Sixty—quality machines in and of themselves. They don't necessarily need to be improved upon, it's simply the case that the opportunity is there if you have the will and the wallet.

Other bikes, however—and I'm looking at you, Harley-Davidson Street 750—are steaming piles of poo. And in that case the "great base for customization" claim feels like a cop-out, a means of ignoring the fact that a manufacturer is trying to get you to buy a product that it knows is not good enough.

To inspire you to overlook the bike's obvious shortcomings, a manufacturer will fill its Instagram feed with images of motorcycles that have been transformed by someone who likely possesses far more skill than you.

I mean, for the love of Pete, if I were as talented as, say, Roland Sands or Shinya Kimura or David Borras, I wouldn't be buying a brand new motorcycle to serve as my base. I'd be making up stuff on my own because I'd be a genius. If I reworked one of these bikes that are claimed to be "a great base for customization" it would be only because a manufacturer had come to me a with fistfuls of money.

I'm guessing that's what happened when Roland Sands made all those really cool Scout Sixty flat trackers a few months ago. I love those things. Primarily because they eliminate my one complaint about the Scout/Scout Sixty: low seat height.

As a guy who's 6'1, I don't really want a bike that forces me into the malasana yoga pose. But as a fan of Indian, I would like a Scout. I want that Scout Scrambler I've been dreaming about for more than a year.

Since I'm not as clever as Roland Sands, the only way to get such a bike is to pay someone else to build it. So, not too long ago, I got in touch with one of the UK's best known motorcycle shops, Krazy Horse, to ask if they could do the job.

Then they ran down the list of bits and bobs that would be needed: longer shocks, fender points, spacers, new forks, new wheels, longer brake lines, longer clutch cable, etc.

Fine, fine. It makes sense that one needs lots of different parts to create an essentially different bike.

"Well, cost will change based on the specific parts you choose," they explained. "But to give you an idea, if you wanted the Ohlins rear shocks that Roland Sands used, they would be about £1,500 alone." (That's US $2,150).

And that's pretty much where the conversation ended. If just one set of parts was going to cost that much I knew the whole thing would be beyond my meagre resources.

Now, at this point, you're probably thinking: "So, what exactly are you complaining about here, Chris? That you're too stupid to build a bike? That you're too poor to have someone else do it for you?"

Well, sort of, yes. Maybe it's childish and unreasonable to say this, but the whole thing feels unfair in some way. Manufacturers entice us with incredible customizations that are simply unattainable to the average rider. But in performing these customizations on entry-level machines, there's an implicit suggestion that they should be attainable, a suggestion that you should not be happy with the out-of-the-box product.

For some reason that irks me. If a manufacturer knows its bike could be better, why not make it better? It's not like this happens in other parts of life. I don't fork out money for a brand-new coat and say to myself: "This coat will be great as soon as I sew in a new liner, take in the waist, add a fleece collar, and replace the zipper with a sturdier one."

Along with this, spare a thought for the poor soul who doesn't live anywhere near a good custom shop—the person stuck in a town full of Orange County Choppers wannabes.

Of course, exclusivity is arguably the point of customization. The more expensive the build, the better. The more challenging it is to find someone who can interpret your vision into metal and paint, the more special you feel. I get that. And that's life; some people will have things you don't have, even when you really wish you had them.

Additionally, if a manufacturer doesn't sell the bike I want, I don't have to buy it and try to turn it into something else. I can just go out and buy a BMW RnineT—nothing wrong with that thing.

I still can't get over the feeling, however, that in some way it is all a bit unfair. But I can't quite come up with a reasonable suggestion of the way things ought to be instead. Perhaps I'm just overthinking it. I am, aren't I?