Riding on the Wrong Side: British Riders are Better 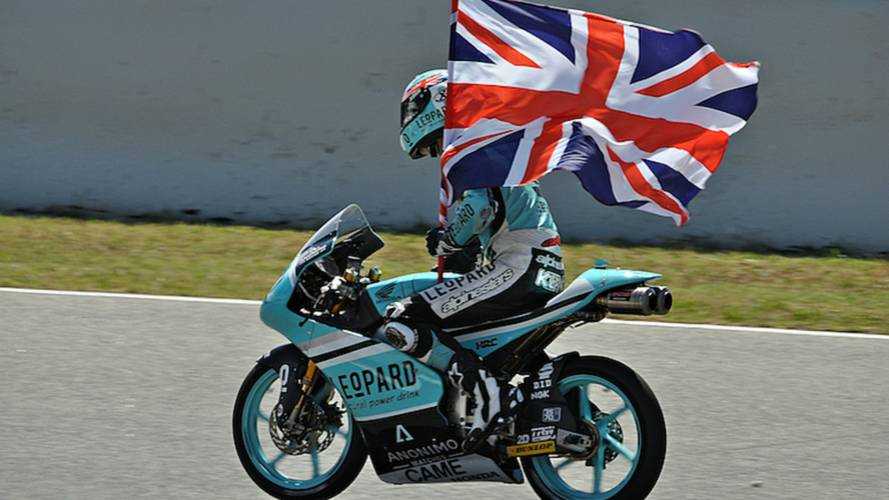 Here's a theory: British riders have superior chops to their American counterparts...for now.

Fire up the hater machine: There's no way things are going to be civilized after a headline like that.

But if you haven't gone straight to the comments section to break your fingers typing a load of stereotype-driven vitriol (Bad teeth! Socialism! Rain! Russell Brand!), if you are actually still reading this, I'll explain why I think Britons are better motorcyclists than their American counterparts. And why I think Americans could stand to learn a few things from the Mother Country.

I hope you understand it hurts me to say that. I've developed a fondness for the UK over my years here, but not so much that I don't hate to admit anything British is in any way "better."

Healthcare? More accessible, but no.

Police? Friendlier and considerably less shooty, but probably no.

When it comes to riding a motorcycle, however, I can't deny it: The people here do it better.

I'm speaking in general tones, of course. If you happen to be a championship racer or some such thing I'll wager your skills surpass those of some bloke named Nigel who's pootling about on his Triumph. Though, I'd also wager that if you pit Nigel against the average American motorcyclist, he'll come out the better rider.

On the surface, if you compare the two countries, there's not much reason for this to be true. In both places, motorcyclists make up about the same small percentage of road users (roughly two percent). Both countries have a rich motorcycling history stretching back more than a century. Both countries have fostered motorcycle cultures that have influenced all other parts of the world.

It's true that Britain has more curvy roads per mile. The straightest road in Britain is 12 miles long and there's really only one like it. Whereas the straightest road in the United States is apparently 123 miles long and roads of its kind are so common you probably don't even notice. Obviously, being required to navigate more curves more frequently may help Britons sharpen their skills. But surely that can't be it entirely.

The weather might have something to do with it. We get a lot of rain in Blighty—a lot of gale force winds, too—so if you're going to ride more than five days a year you have to learn how to handle a bike in unpleasant conditions. Laura Llovet's recent article about riding in the rain suggests some Americans have developed these skills, but it seems most refuse to venture out if there's even a possibility of water from the sky.

Certainly it's true that Britain has considerably more commuting motorcyclists (and scooterists). Just last month, the Motorcycle Industry Association announced that sales of commuter motorcycles (i.e., 125cc or less) had reached a record high in the United Kingdom. Maybe the fact that more people ride more frequently is what makes the Brits better. Maybe, but again I'm not convinced. I mean, quite a lot of people commute on motorbikes and scooters in Hanoi, but I'm not sure that makes them masters of the craft.

If I had to peg the reason for British superiority to one thing, I'd say it would be tiered licensing. Yeah, that old chestnut.

Grumpy old Brit riders will tell you tiered licensing exists thanks to the European Union's incessant love of bureaucracy. They are, of course, forgetting Britain's far greater love of bureaucracy, which extends back centuries. And in the unlikely event that the UK does choose to withdraw from the EU this summer (bet you didn't know they're voting on that), I can all but guarantee they'll keep tiered licensing for motorcyclists. Heck, they might even make it more complex.

Those old dudes are right, though, that the current system is guided by EU policy. So the system here is more or less the same you'll encounter in Ireland or France or Germany, etc. And guess what? Those guys are also (generally) better riders than Americans.

The reason tiered licensing makes for better riders is not so much because it restricts different ages to different machines (though there's an argument that may help), but because it creates multiple testing situations. More testing means more studying.

A British person riding from the age of 16 could potentially face seven different exams before attaining a full motorcycle license at the age of 24. There are ways to ignore a few of those tests, but even in the cases of people aged 24 and older, and therefore able to test directly to full-license status, there are a lot of hoops to jump through.

That latter route, known as Direct Access, is how I got my UK license. Much to my chagrin, British authorities saw no value in my US license, so I had to:

Just the process of earning my CBT was more intensive than the Basic Rider Course I had taken as a teenager in Minnesota. When I took that BRC, I was in a group of 14 people under the direction of a single instructor. The group never left the safety of a YMCA parking lot. But at the end of the day I left with a license endorsement that meant I could go out and buy any size bike I wanted.

Whereas when I did my CBT in Britain, I was given one-on-one instruction (most UK training schools allow no more than three students per instructor) and spent several hours riding on public roads. Not to mention the hours of closed-course and classroom instruction. And at the end of it, I was still only at the beginning of the process. Legally, I was only allowed to ride a 125cc bike.

That may sound frustrating –– and it was –– but the process built my confidence. I did several more days of training to practice and prepare for the on-road tests (tested on a 600cc motorcycle) and when I finally earned my full license, I actually felt I had the ability to use it. Which isn't really how I had felt back when I was 18 and driving home from a YMCA parking lot.

Indeed, in the years between getting my US motorcycle endorsement and my moving to the UK, I never bought a bike of my own. I rode other people's bikes, crashed them, and soon acquiesced to my ex-wife's belief that those murdercycles were bad news.

So, although getting a US license was easier, the process didn't prepare me to use that license.

The idea of tiered licensing in the United States has been discussed before on RideApart and the reaction has been pretty negative (even I was less than supportive of that particular vision). The basic response that people give is they don't want tiered licensing because Freedom.

I think about this stuff a lot, because one day I want to come home. And I don't really want to be wistfully thinking back to these soggy nations when I'm out riding in America. I find a quaint charm in the idea of American exceptionalism, but I know you can't actually claim to be the best if you make no effort to be better.

In order for American motorcyclists to no longer hold our heads in shame, perhaps we may need to consider tiered licensing. Or, at least, far more stringent testing. Exactly how to fix it, though, I'm not sure. What would you do to improve things?