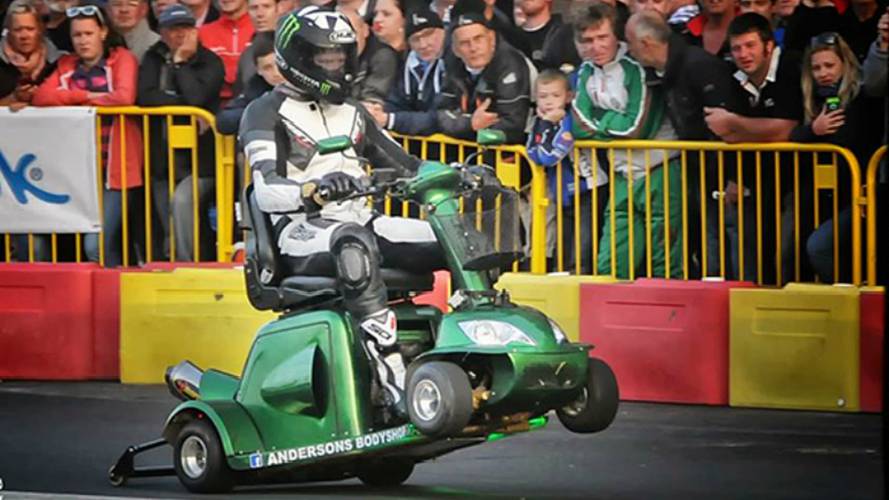 A world record in the venerated Mobility Scooter category.

The title of World’s Fastest Mobility Scooter—yes, that's a thing—is now held by British mechanics David Anderson and Matthew Hine who attempted this run back in 2014. It has taken over a year to verify the results, but the scooter achieved a record speed of 107.6 mph.

The scooter took six months to build. Both Anderson and Hine thought it would be a great idea to strap a 600cc engine from a Suzuki Bandit onto a go-cart chassis with racing slicks capable of handling the high-speeds.

To get their scooter completely up to spec, they fabricated bodywork, attached a mobility scooter seat and hand controls. To further the madness, the scooter lacks front brakes, so perhaps stopping the ballistic scooter was an afterthought.

The Guinness World Records guidelines state that the scooter has to be based on an existing, commercially available mobility aid. The engine may be modified or replaced in a way that seems suitable to gain a higher speed, but from the outside, the vehicle must appear like a traditional motor-scooter.

Both Hine and Anderson shattered the previous record of 82.67 mph, which was set in 2012 by Klaus Nissen Peterson of Denmark.