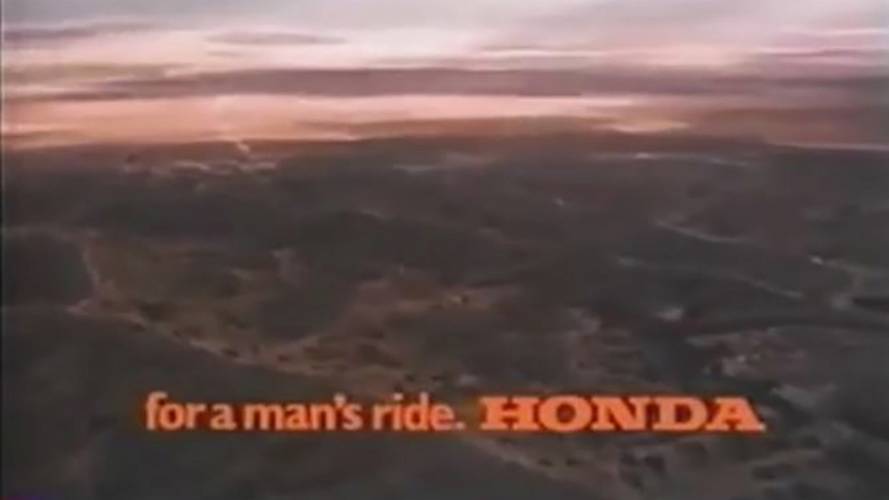 "for a man's ride, HONDA." The slogan that somehow never caught on... VIDEO.

You probably remember, or at least have heard of, the Honda's 1960's advertising campaign, "You Meet The Nicest People on a Honda." It was a huge success for Honda Motorcycle sales in the United States and became one of those ad slogans that permeate everyday life.

Another Honda slogan that you may not have heard of is this one: "for a man's ride, HONDA." Before finding it in my Facebook feed yesterday, I hadn't heard of it either, but it's featured at the end of this fantastic retro film starring none other than Steve McQueen. Set in the Southern California desert, Steve unloads his CR250M Elsinore from the back of a van, suits up in his funky period dirt bike gear, and rolls out across the sand with a group of pals.

Lots to love about this old film, but one fun detail that stood out to me was how Steve and his buddies don't bother to lock up their cars before ripping out across the desert. I guess the 70's were a more trusting time.HONDA CR250M ELSINORE CM CON STEVE MCQUEENPosted by Motos clasicas 70' 80' on Saturday, February 13, 2016